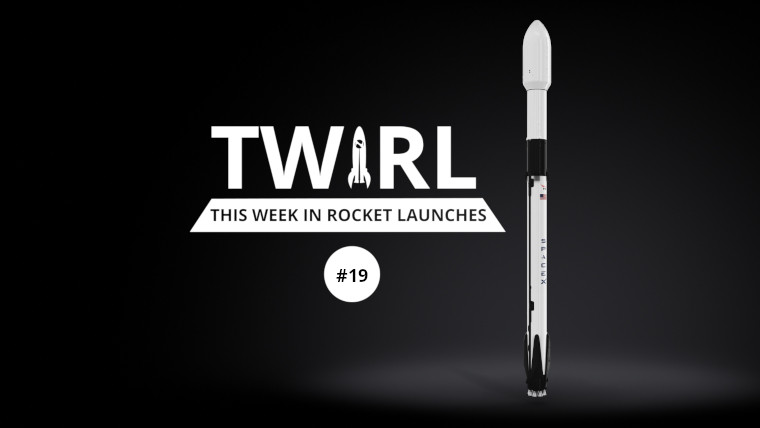 In the upcoming week, SpaceX is expected to launch its Transporter-2 mission carrying several satellites as part of a rideshare. Roscosmos plans to launch the Progress MS-17 mission which will deliver cargo to the International Space Station, and a Starsem Soyuz rocket will try to orbit 36 OneWeb internet satellites

The first mission of the week will come from SpaceX with its Transporter-2 rideshare mission. A Falcon 9 Block 5 rocket will launch several payloads to Sun-synchronous orbit. Aboard will be the Kleos Polar Vigilance Mission consisting of four satellites, at least four NuSats for Satellogic, YAM 3, Mars Demo 1, and a Vigoride CubeSate carrier with Skycraft, TROPICS Pathfinder, Sen EarthTV, and IRIS-A. This mission was also mentioned in last week’s TWIRL installment with the launch date set at June 25 but it looks like that slipped.

Roscosmos will be launching its trusty Soyuz 2.1a rocket in the early hours (local time) on Wednesday carrying the Progress MS-17 mission. This is the 78th Progress cargo delivery ship heading for the International Space Station. It will remain connected to the space station acting as an expansion of the Russian Orbital Segment for around 179 days before being undocked. Following the launch, Progress MS-17 will spend 3 hours and 20 minutes getting to the space station before it automatically docks.

On Thursday, the private company, Starsem, will launch a Soyuz 2.1b rocket carrying 36 OneWeb internet satellites. Similarly to SpaceX’s Starlink satellites, the OneWeb constellation can beam internet connectivity back down to the planet. One instance where OneWeb’s satellites will be used will be on airplanes following a deal the firm made with SatixFy. The Canadian military will also benefit from the satellites following a deal OneWeb made with ROCK Networks which serves the Canadian military.

It’s was a bit quiet last week in terms of actual rocket launches but the Pion-NKS 1 satellite managed to launch successfully.