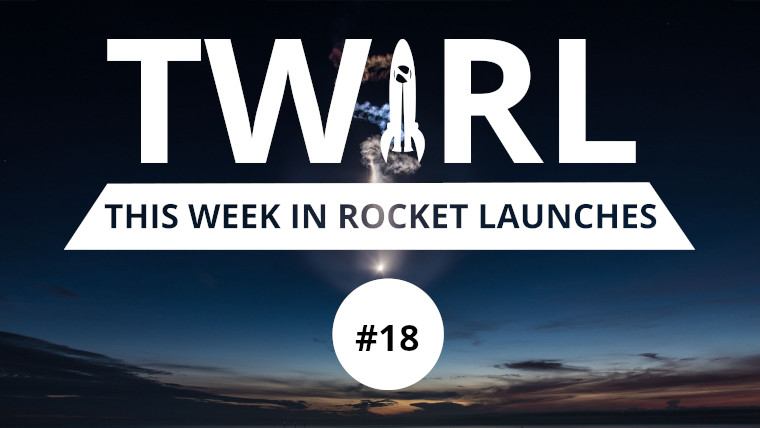 Following an exciting week where we saw three Chinese astronauts arrive at their space station for the first time, we have a less certain week ahead. There could be eight rocket launches in the upcoming week, however, only two of these missions have a definite launch time, the rest are listed as No Earlier Than. If these missions don’t launch, next week could be pretty quiet.

The first mission that could take off on Monday is Rocket Lab’s STP-27RM mission. The customer for this mission is the U.S. Air Force which is having its Monolith satellite launched, equipped with a space weather instrument, atop an Electron rocket. It’s expected that this mission will demonstrate the ability of small satellites to carry large aperture payloads. It will launch from Launch Complex 2 at the Mid-Atlantic Regional Spaceport, Wallops Island, Virginia.

The second launch of the day will be an Iranian Zoljanah rocket carrying the Nahid 1R satellite into a geosynchronous orbit. The rocket will take off from the Imam Khomeini Space Launch Center in Semnan. This mission was delayed from March. It's also marked as No Earlier Than so it may not take off on Monday.

The third mission of the week comes from Virgin Orbit and is also marked as No Earlier Than. This STP-27VPA mission will see the LauncherOne rocket perform an air-launch from a Boeing 747 called Cosmic Girl. It will carry six CubeSats into orbit for the U.S. Air Force’s Space Test Program, the Dutch military, and SatRevolution. The U.S. Air Force has three CubeSats launching as part of the DoD’s Space Test Program’s Rapid Agile Launch (RALI) initiative, the Netherlands’ satellite is a military satellite called BRIK II, and SatRevolution’s satellites are called STORK 4 and STORK 5, and make up an optical satellite constellation.

Friday has the potential to be the busiest launch day, however, three of the five launches are marked as No Earlier Than.

The first launch on Friday is that of Firefly Aerospace’s Alpha rocket will be carrying commercial payloads for Benchmark Space Systems and AstroGrams. The mission will also deploy a Spinnaker 3 dragsail prototype. In its first launch, the Alpha rocket will carry several projects from the Dedicated Research and Education Accelerator Mission (DREAM) programme which gives students and small companies a way to put their payloads in space. It is marked as No Earlier Than.

Next up we have a Rocket Lab Electron rocket carrying two BlackSky satellites. They will join the BlackSky constellation which can produce 1000 images per day as still or as videos. Each satellite has a lifespan of three years and the full constellation should consist of 60 satellites.

The final No Earlier Than mission on Friday is India’s GSLV-F10 mission which will launch the EOS 3 satellite for India’s space agency, ISRO. EOS 3 will provide continuous remote sensing observations over India from a geostationary orbit.

On Friday, a Roscosmos Soyuz 2.1b will launch the Pion-NKS 1 satellite for the Russian military. It is described as an electronic intelligence-gathering satellite. Pion-NKS 1 is a new type of reconnaissance satellite that will be used for naval surveillance.

The final mission is SpaceX’s Transporter-2. A Falcon 9 Block 5 rocket will launch several payloads to Sun-synchronous orbit as part of the rideshare mission. Aboard will be the Kleos Polar Vigilance Mission consisting of four satellites, at least four NuSats for Satellogic, YAM 3, Mars Demo 1, and a Vigoride CubeSate carrier with Skycraft, TROPICS Pathfinder, Sen EarthTV, and IRIS-A. This mission was moved forward from July but delayed from June 24.

The first mission we mentioned last week was Northrop Grumman’s Minotaur I rocket carrying a classified payload for the National Reconnaissance Office. This launch successfully went ahead.

The exciting mission last week was the one carrying Chinese astronauts to the Chinese Space Station. Just hours after launch, they arrived at the space station. You can see clips from their arrival below.

Three Yaogan-30 remote sensing satellites were also launched from China earlier in the week. You can see the launch from the Xichang Satellite Launch Center below.