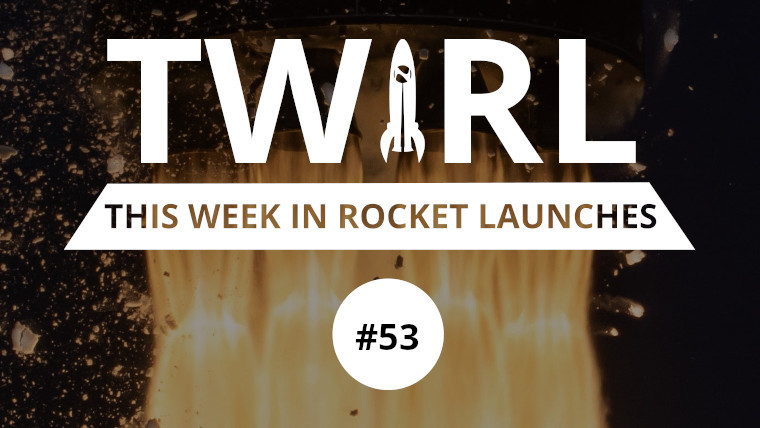 In the next week, we have two confirmed launches, one from the Chinese space agency and another from the private company, Rocket Lab. Both of the missions involve launching satellites into orbit. We’ll detail the payloads below and then get onto a recap of all the events that took place this past week.

Both of the launches this week take place on Sunday, the first launch at 4 a.m. UTC is China’s Long March CZ-8 carrying 22 satellites into orbit including a few for the Jilin 1 constellation which we’ve mentioned before. There will also before four Hainan 1 CubeSats which will observe the South China Sea and “reinforce national sovereignty” – for those who don’t know, areas of the South China Sea are hotly contested by China and other nations in the region such as Vietnam and the Philippines.

The second launch will be from Rocket Lab and it will take place at 8:35 p.m. UTC from New Zealand. One of the company’s Electron rockets will be carrying the second StriX radar satellite prototype dubbed StriX-β for a firm called Synspective. The satellite will collect data on metropolitan areas in Asia that can be used for urban development and disaster responses. Rocket Lab likes to give its missions peculiar names, this mission will be called “The Owl’s Night Continues”. The launch will be available on the company’s live stream page but if you miss it still, head over to that page as a recording will be available.

The first launch of the week was India’s PSLV-C52 mission which was carrying several satellites including EOS-4.

Next was the launch of a Soyuz rocket carrying the Progress MS-19 resupply mission to the ISS.

You can see the docking below.

On Saturday, Northrop Grumman launched an Antares 230+ rocket carrying the CRS-17 Cygnus spacecraft which was also heading to the ISS on a resupply mission.