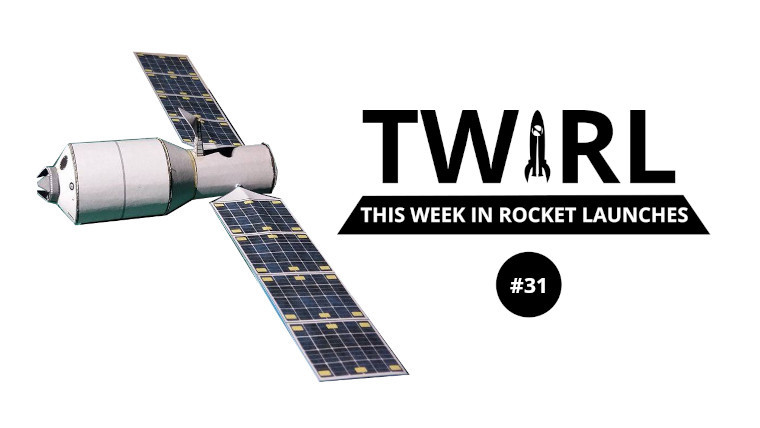 In the upcoming week, China will launch a Long March rocket carrying Tianzhou 3 that will dock with the Tianhe module of the Chinese Space Station. The Tianzhou 3 will be carrying supplies up to the CSS for the next group of astronauts who go there and it will become a permanent fixture of the space station giving astronauts more space to roam around or store items.

There will be two launches to start off the week, the first is a Long March CZ-2C carrying three satellites with the designation Yaogan 30 Group 11. This mission, which launches from the Xichang Satellite Launch Center, is a little bit secretive. There’s no specific time for the launch and the mission of the satellites is not known, although, it is speculated that they could perform signals intelligence.

The second launch of the day should take off between 7:00 a.m. and 8:00 a.m. UTC from the Wenchang Satellite Launch Center. A Long March CZ-7 will be carrying the Tianzhou 3 which will be itself carrying cargo for use aboard the Chinese Space Station. As mentioned before, this craft will make up part of China's space station allowing astronauts more room to move around. With every new module that joins the Chinese Space Station, the easier it should become to see from Earth too.

The final launch on the schedule is an ExPace Kuaizhou KZ-1A rocket carrying more Jilin Gaofen 2D satellites. These satellites are part of the Jilin 1 Earth observation constellation and perform image captures in full colour at a resolution of 0.76 meters of 40km of surface area. In the end, the constellation will be made up of 138 satellites.

The first launch of the previous week took place on September 14 when a Falcon 9 rocket launched more Starlink satellites into orbit. Everything went to plan and the first stage landed back on a droneship in the Pacific Ocean.

Also this week, we had the launch of the Inspiration4 mission aboard a Falcon 9 rocket topped by a Dragon capsule. The launch went ahead without a hitch and the crew are still orbiting as of Friday, September 17.

Finally, in the early hours of Friday (UTC), the Chinese astronauts came back down to Earth in a capsule slowed down by a parachute.

Update: Since publication, the Inspiration4 crew have also landed back on Earth.