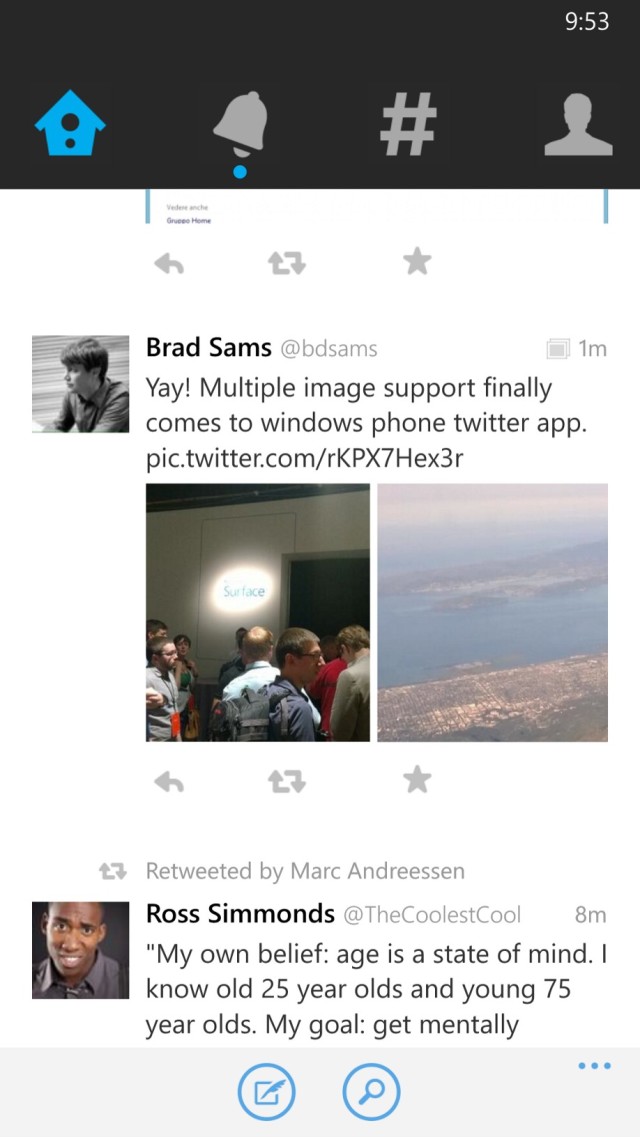 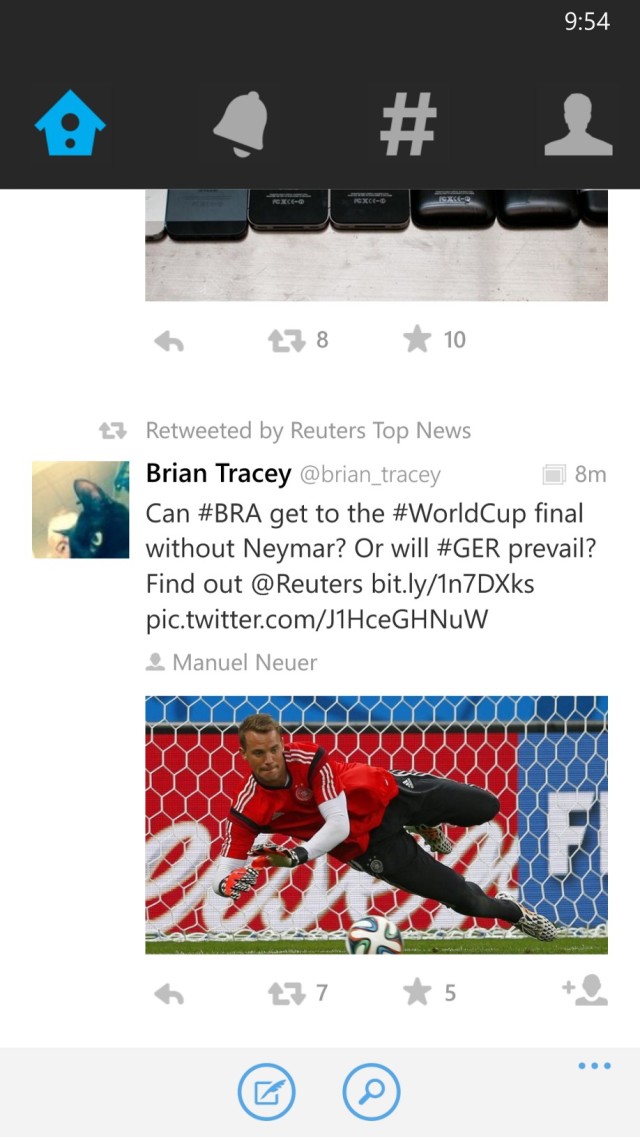 Also new in the update is the ability to reply, favorite and retweet from your timeline and multiple image support is now included in the app. Sadly, gif support is not included in this update and there is also a gigantic header at the top of the feed that seems oversized for no apparent reason.

Because of Twitter's token limit on third-party applications, developers have been hesitant to build apps for the service as they know they have a limited life-cycle. Because of this, the official Twitter client is the only app that is guaranteed to work without these restrictions.

While we hope that many more updates will come for the Windows Phone client to bring it closer in feature parity to iOS and Android, today's small update is nonetheless a welcome addition to an app that has been stagnant for over 7 months.