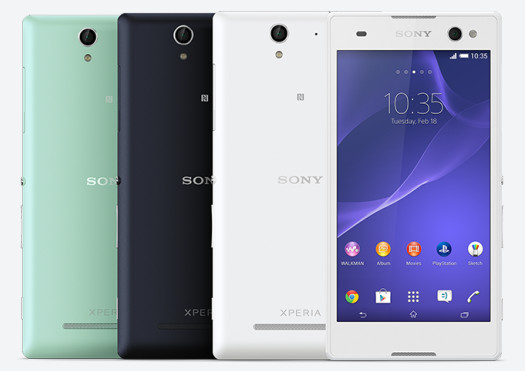 Yesterday, Sony teased on Twitter with a post "see your #selfies in a whole new light", bringing speculation that they might be releasing a new handset. Today, Sony has unveiled a new selfie-centric device, the Xperia C3. The Xperia handset will feature a 5MP wide-angle front-facing camera with LED flash, optimized for taking better “selfies”.

Lastly, the device will support dual-SIM's and will allow users to take advantage of both SIM’s at the same time. The Xperia C3 will come in three colors: black, white, and mint. The handset will be available globally starting in August. Sony did not announce a price for the device.