Amid growing concerns of a terrorist plot to destroy a US-bound airliner, American authorities have called for increased security at certain overseas airports that operate direct flights to the United States. The first such measures were introduced a few days ago on the orders of Secretary of Homeland Security Jeh Johnson, and today, the US Transportation Security Administration (TSA) issued a press release that clarified some of what travellers should now expect when travelling:

As the traveling public knows, all electronic devices are screened by security officers. During the security examination, officers may also ask that owners power up some devices, including cell phones. Powerless devices will not be permitted onboard the aircraft. The traveler may also undergo additional screening.”

BBC News reports that the increased security is in response to a “credible” threat based on intelligence suggesting that al-Qaeda affiliated militants in Syria and Yemen have been developing explosive devices that can evade airport security checks.

American officials believe that terrorists may be attempting to convey the device onto a passenger jet in the body of a phone, tablet, laptop or ‘other electronic device’. According to Reuters, Apple iPhones and Samsung Galaxy phones have been “singled out” for additional security checks. 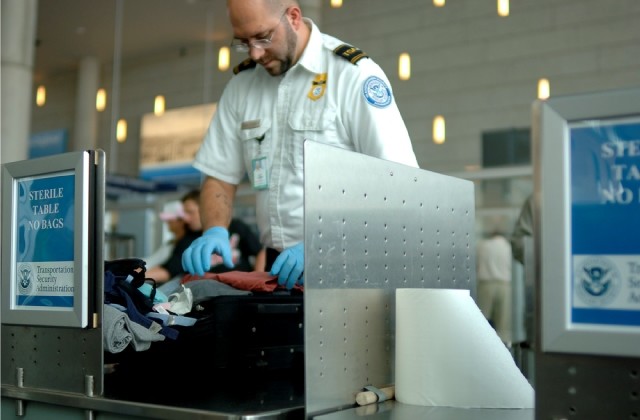 As the TSA explained, if you are unable to turn on one of your electronic devices upon request, you will not be allowed to board the plane with it, and you may be delayed for further questioning and 'screening', which could make you miss your flight entirely. If you are flying to the US, you should ensure that your device is adequately charged before heading to the airport, and try to give yourself some extra time in case of delays.

Additional security measures will include 'closer checks' and extra screening on passengers' shoes, as well as on their devices. In 2001, Richard Reid attempted to detonate an explosive device contained within his shoe aboard American Airlines flight 67 from Paris to Miami; on Christmas Day 2009, Umar Farouk Abdulmutallab failed to detonate explosives concealed in his underwear on Northwest Airlines 253 from Amsterdam to Detroit. While neither of these efforts was successful, officials remain keenly aware of the need to prevent anyone from getting this close again, even if this ultimately inconveniences the travelling public.

Not all airports are affected by the increased security, but international airports in the UK, France and Germany have confirmed that they will be complying with the moves, with certain airports - not revealed by the TSA - across Europe, the Middle East and Africa also required to meet its newly established security standards.