Microsoft announced the Fluent Design System back in May, at its Build 2017 developer conference. Since then, we've seen the new visual language implemented across numerous Windows 10 apps, such as Microsoft Messaging and Skype. Most recently, several elements of this system were added to Groove Music.

Today, an interesting new user concept that makes use of Fluent Design to redesign the Windows File Explorer has emerged.

Windows fans will be aware of the fact that Microsoft has been aiming to transition its applications to a more 'modern' look for quite some time, and Fluent Design is an integral part of this move. However, Windows Explorer is one of the few apps that has managed to retain the classic Legacy Win32 look, despite the addition of many new features.

As can be seen above, the design looks rather similar to the one currently implemented in the Edge browser. The user has mostly focused on redesigning the navigation bar and the sidebar; the latter is notably rather large, although InfernoGems has stated that its width would certainly be adjustable. Moreover, several users have complained about the lack of information density, which is also one of the apparent reasons many refuse to jump onboard with the idea of Fluent Design.

The designer has mentioned that all these changes would possibly be more fitting for a touch-based system, which is why we might see a more desktop-oriented user concept for the File Explorer in the future.

What do you think of a Fluent Design-inspired Windows Explorer? Let us know in the comments below. 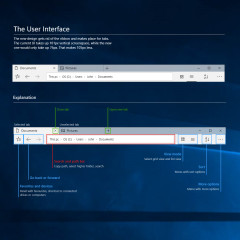 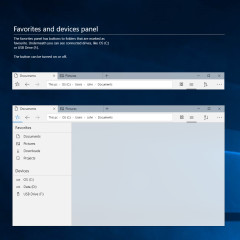 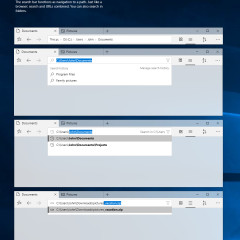 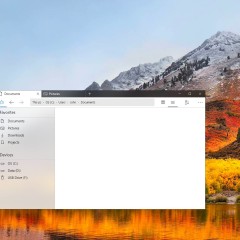 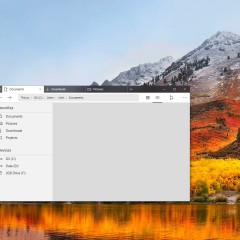