Some of you have been playing video games for a few years, while others have been playing for decades. However long you’ve been playing, everyone always remembers their first time. Read through the memories of a few Neogamr staff members, and then tell us about your first gaming experience. You can tell us about your first conquest in the comments below or, if you want to give more detail, check out the thread in the Gamer’s Hangout forum that we created to talk about the topic!

It was the early 80s, and although I don’t remember what store we were at, I remember being excited that my parents were buying the Intellivision console. We brought it home, my dad connected it to the TV, and we plugged in Blackjack cartridge – it came with the console. As a young kid (around 6 years old), I was bored… 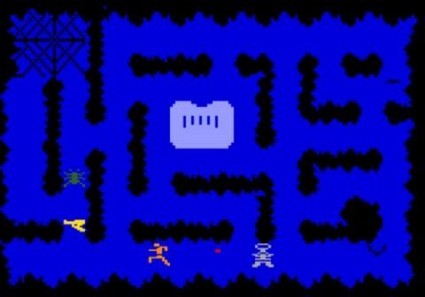 But then my parents put in a game called Night Stalker – there was a creepy spider, an angry looking robot, and scary music constantly playing in the background – and I’ve been hooked on video games ever since.  By today’s standards, the game is pretty dull, using the same map every time and constant repetitive game play, but back in the day it was unique and unlike anything else on the market.

There were plenty of other cool games I played on that system (Burger Time, Tron Deadly Discs, B-17 Bomber, Dungeons and Dragons: Treasure of Tarmin, … ), but there’s nothing like your first time.

Banjo-Kazooie... now that was a great game! A really great game. Super Mario 64 came out first, but I'm pretty sure that I played it after Banjo. Regardless, even though I loved Mario, Banjo really blew it away, thanks to its fluid controls, beautiful graphics, and lovingly crafted levels. There were so many different kinds of places to explore, Banjo never really felt locked into one kind of game. It gracefully went from flavor to flavor as you advanced, and I still think it was one of the pinnacle's of Rare's game design. Its sequels never quite managed to recapture the perfection achieved here, but I've revisited it time and time again since I first played it, and to this day it still holds up as well as the day it was made. 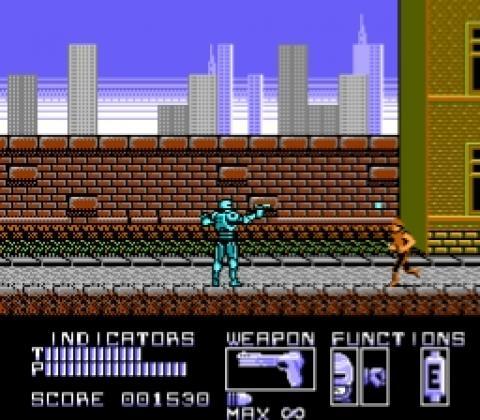 My first game memory was getting a NES for Christmas and with the two most amazing games (at the time!) Robocop and Dr. Mario.

Clearly it was the first Super Mario Bros. It was the first part of 1993 when I was 4, on a second hand original NES that I can't remember when my dad got it. My only memory was not knowing how to play the game at all, and waiting until he got back home at night to play SMB and occasionally Duck Hunt.

I'll have to say the original NES Super Mario Bros / Duck Hunt combination. It was the first game we got along with a slightly-used NES (I had an Atari 2600 prior to this, but my memories of this are fuzzier). My brother is three years younger than me, but was a fine player even then (we were probably 9 and 6 at this time). I liked Luigi's green hat better, and he was taller, so I let him be player 1. We played it to bits, and to this day it's still one of the most fun, yet toughest games to beat in my opinion! 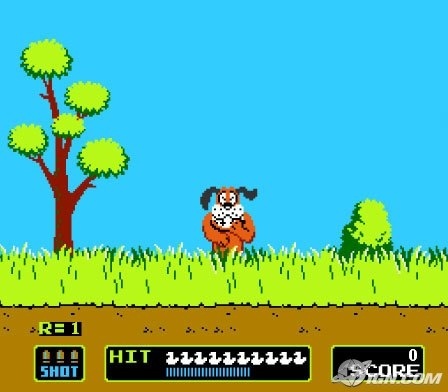 On the other side of the coin (cartridge), you had Duck Hunt, which was a bit deceptive: the premise was much simpler, yet the execution we found much more difficult. I got pretty good at shooting the ducks eventually, but was always enraged when I missed and the dog laughed at me! The little brother gave up and would just walk directly up to the screen, touching the glass with the tip of the Light Gun, the little cheater. Great memories! 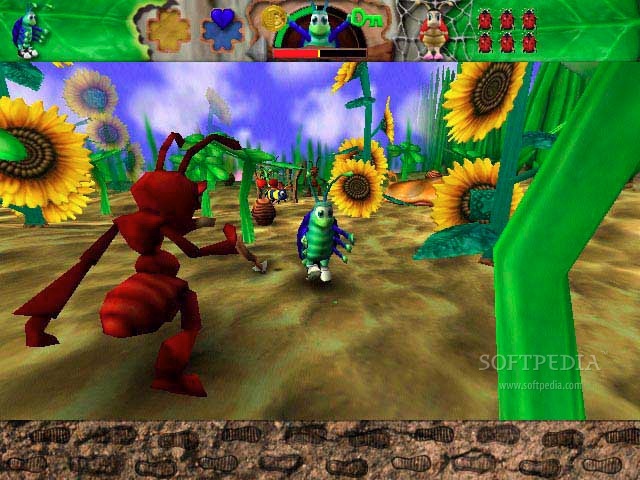 The first game I remember playing was Bugdom, which was bundled on my dad's Mac. I remember eagerly waiting for my dad to come home from work so I could attempt to finish the game, and being a youngish kid this was reasonably hard at the time. It was a really good platformer (or so I remember), with you as a little bug swinging and jumping around the place, avoiding human feet and - strangely - lava. I fondly recall the sheer satisfaction of reaching, and beating, the final level in the game; the first game I had ever played and the first game I had ever completed.

I bought my first PC, a Gateway with a first generation Pentium processor, in 1996. That was also the year that id Software released Quake. I remember paying for the full version of the game directly from id, before the game was released to retail stores. The graphics were incredible and, even with the dial up modem, deathmatch was amazing. It was even more fun when Quakeworld came along to improve online play and I downloaded mods such as CTF and Team Fortress. I was one of the first to send a donation to the Team Fortress team. Of course, they got bought by Valve, so they did OK by themselves in the long run.

And our illustrious leader, Steven Parker

First game I remember enjoying was "Spear of Destiny" which I played on a crappy 386 PC, might have been 1993/4 or a bit later. Pretty sure SOD was a prequel to Castle Wolfenstein, but I might be wrong. I enjoyed it so much that I tried to install it on a later computer, and well that didn't work at all because everything was seriously sped up and unplayable! These days I don't game at all.

So now that you've heard from some of the Neogamr staff, we'd like to hear what your first gaming experience was. Write it up in the comment section or follow the link to the Neowin gaming forum and post your memories there!