Microsoft and Vine announced today that Vine for Windows 10 is available in the Store right now for PCs and tablets. The service joins a growing list of apps that have adopted Microsoft's newest platform, such as Facebook, Messenger, Instagram, Hulu, Twitter, and much more.

The app promises to have "many" of the experiences that are found in the Vine mobile apps. Users can use Explore to check out channels such as Music, Dance, or Comedy and Sports. According to Vine, you can enjoy content without an account. 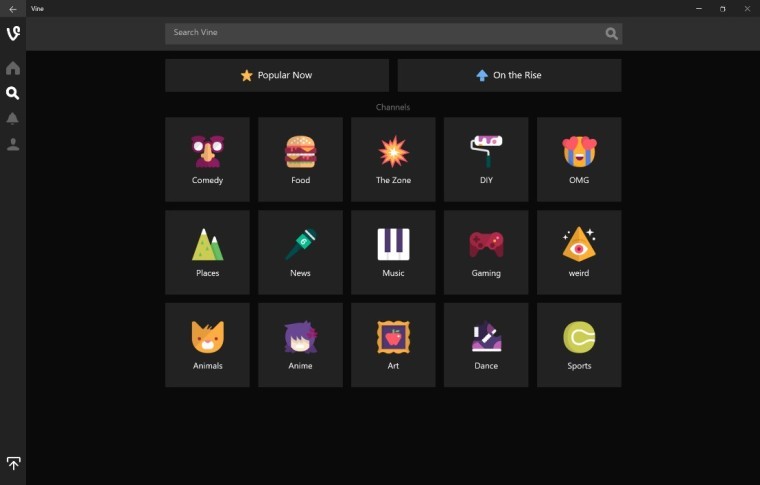 The app also promises the features that you would expect from a fresh new Windows 10 app, such as Live Tiles, an adaptive UI, and drag and drop. Sadly, that UI isn't quite adaptive enough to release the app for Windows 10 Mobile just yet; however, the Windows Phone version that was announced in 2013 alongside the Lumia 1520 is still available, along with third party options like 6Sec.

You'll also be able to pin channels and accounts to your Start menu, one of the benefits to the tiles found in Windows. You can download Vine from the Store right now.