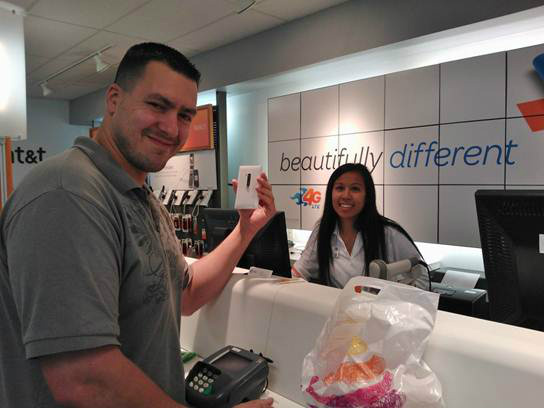 The Nokia Lumia 900 is already a sales hit in both its cyan and black versions. Indeed, some stores are still reporting sellouts of the Windows Phone device nearly two weeks after the phone was released. Amazon.com's wireless store has the cyan colored version on back order and Best Buy's website also doesn't have any units of the cyan version available to purchase.

Weber confirmed that officially, AT&T isn't supposed to sell the white Lumia 900 until Sunday but added, " ... a number of the AT&T stores are apparently releasing them early today." Considering that the Lumia 900 sales seem to be doing very well, we don't think Weber minds too much about this sales embargo being broken. We also suspect that the white version might be even harder to get a hold of than the cyan colored Lumia 900.