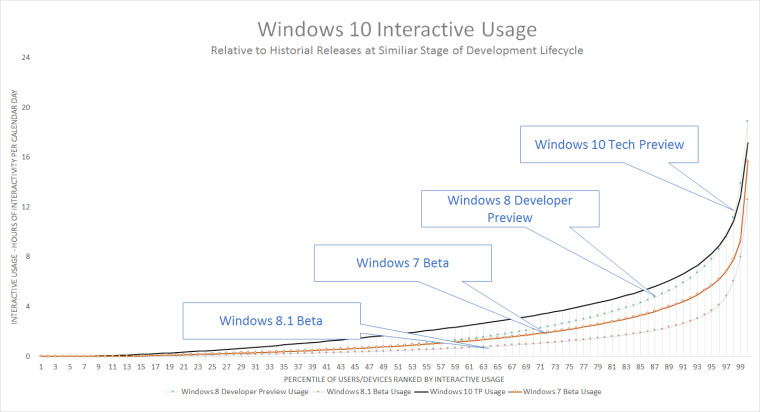 Microsoft has been very hard at work putting together a new build that includes a lot of new features and improvements. In a blog post made today, Gabe Aul has announced that there are over 1.5 million registered Windows Insiders today of which about 450,000 of them are considered "highly active". This statistic is higher than any previous version of Windows. You can see the trend in the chart above.

It’s terrific for us to see this, because that hardcore usage will help us fix all the rough edges and bugs. The reports you send us, both from automated things like crash logs and manually via the Windows Feedback app, are helping us shape the product. My favorite recent example of the latter is a bug that would have been really tricky to catch with test automation or by other means: In certain circumstances (very rare) the OneDrive icon in File Explorer can be replaced by the Outlook icon! That’s the kind of fit and finish bug that real usage at scale by Windows Insiders helps us find and fix.

Microsoft has been receiving a lot of feedback from the Windows Insider Program. According to the blog, the team at Microsoft has fixed almost 1,300 bugs that were reported or up-voted by users participating in the program.

Below is another illustration showing the bug reports: 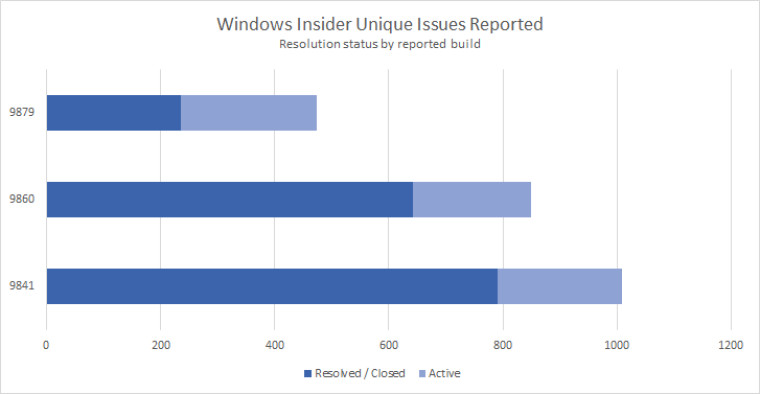 The numbers speak for themselves. In addition to Feedback reports, Microsoft has fixed the most frequently occurring blue screens and user mode crashes reported in builds 9841, 9860, and 9879. 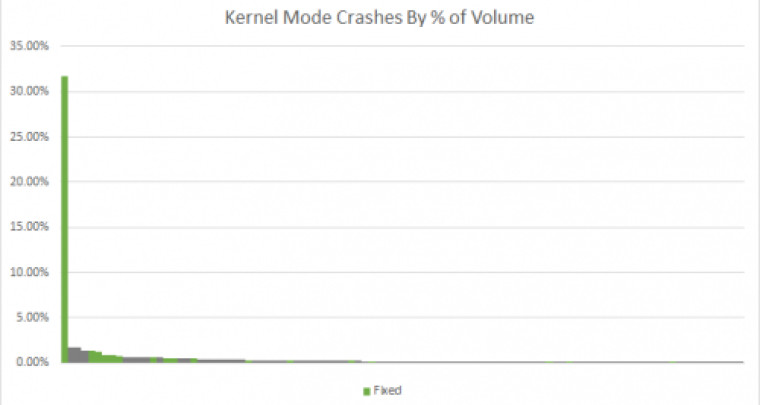 Gabe Aul finished off by saying that you'll see a few new big things and a lot of small improvements coming soon in upcoming builds of Windows 10.

Are any of you readers using the latest Windows 10 Tech Preview or part of the Windows Insider program? Feel free to share your experiences by letting us know!