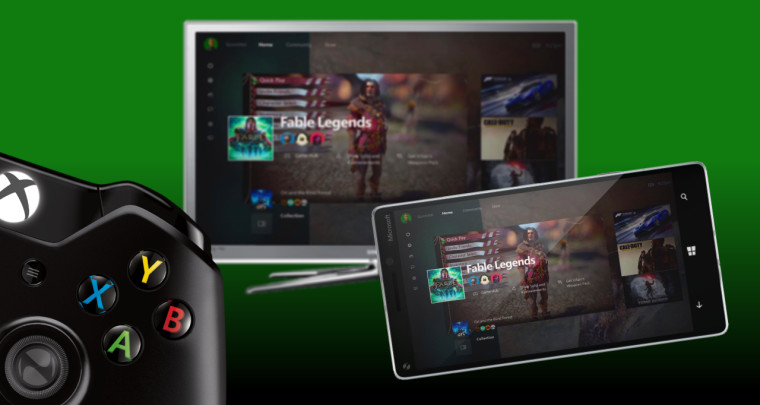 When Windows 10 dropped only mere months ago, we were treated with a new Xbox app, hosting a range of features to link gaming in the living room, with a PC experience. Features such cross-platform licenses, Xbox-to-PC game streaming, and cross platform multiplayer were brought to Xbox Live, using the service as a bridge for gaming on all Windows 10 devices.

Many more features are arriving this fall, with a large majority of this functionality building towards a redesigned operating system, which started to roll out to select Xbox One Preview Program members, starting yesterday. This update gives us a look at the promised Windows 10 and Xbox One experience, bringing popular features of the PC operating system, to the home gaming console.

To compliment this rollout to the first wave of Preview Program members, a beta version of the Windows 10 Xbox app is now available, for a majority of Windows 10 PCs, after an announcement on Thursday. The app is to be a platform for testing upcoming features, and will become a companion for Xbox One Preview Program members. The hub will be similar to the existing Xbox app for Windows 10, but will be updated with support for upcoming additions prior to the public release. It can expected that the app will not be as stable as the existing version, with the intention of submitting feedback to the Xbox team, to iron out bugs for the public rollout. Upcoming features, such as TV DVR with offline viewing, and the rumored PC-to-Xbox game streaming may see their debuts on this app, in collaboration with the Xbox One Preview Program.

The app can be downloaded now, via the Windows Store, on most Windows 10 PCs.