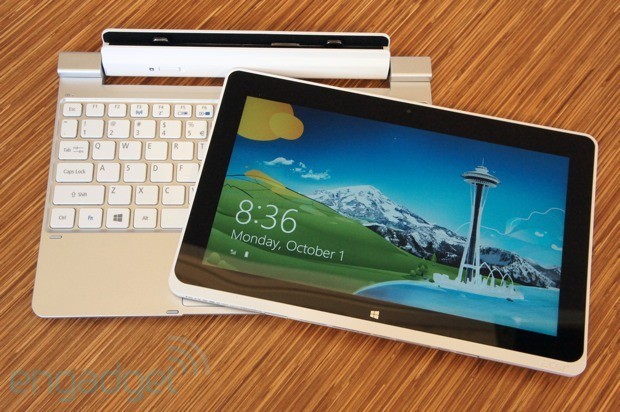 Engadget reports that the Acer Iconia W510 will have Intel's Atom processor, code named Clover Trail, inside its 10.1 inch tablet. It also reveals that users can choose to purchase an optional keyboard for the Iconia W510.  Without the keyboard, the tablet's batter life is around nine hours, but the article says putting in the keyboard increases the battery time to 18 hours.

The tablet comes with 2 GB of RAM. The $500 model gets you a 32 SSD for storage but you can increase that to 64 GB for more money. It's due to launch on November 9th.