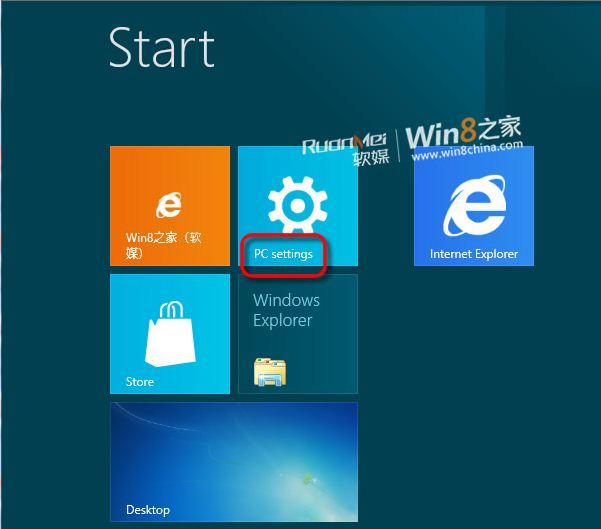 Windows 8 screenshot leaks continue to hit the Internet. On Saturday we reported on the "Charm Bar" that has seen changes in a new build. Now the Win8china.com web site claims to have taken a screenshot of a new Windows 8 build that shows a "PC Settings" folder in the Metro user interface.

The web site claims that this new "PC Settings" section is in fact a replacement for the familiar "Control Panel" folder that has been a fixture of previous Windows operating systems. The site also claims that the new PC Settings section has "lots of added functions". Unfortunately, the site declined to state exactly what these extra features are in this new build.

If the screenshot is in fact genuine and not a Photoshop fake out, one has to wonder why Microsoft would want to change "Control Panel" to PC Settings in the Metro interface. Perhaps they believe that since the Metro UI will be used by a more mainstream audience they might be confused with the Control Panel term. PC Settings is certainly a much clearer description of what the folder contains.

In any case as we get closer to CES 2012 in early January you can bet that more and more screenshot leaks of Windows 8 will rise to the surface.

Thanks to Faikee for the tip!