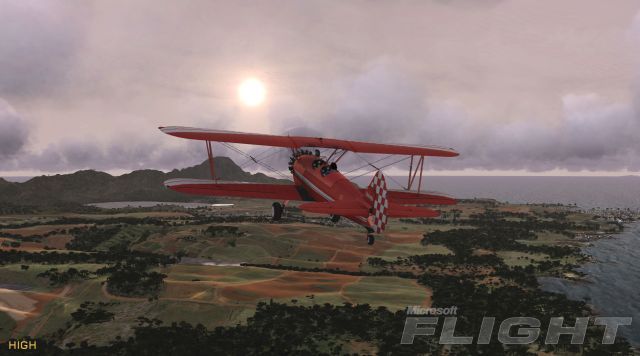 Microsoft Flight is about to take to the skies, virtually speaking, for some lucky PC gamers. The game's official web site has posted up word that the upcoming flight simulator game from Microsoft Game Studios is now taking beta applications for anyone wanting to test out the sim before it is officially released.

Details about what will be included in the beta test have not been revealed yet. Indeed, all Microsoft is saying at this point is that Microsoft Flight will begin its beta test sometime in January 2012.

In November, Microsoft revealed what the game would look like in its lowest recommended settings as well as as the hardware specs needed to run Microsoft Flight at its highest graphical setting, shown in the above screenshot. Before people sign up to beta test the game they might want to check out these PC system requirements to make sure their PC gaming rig is up to speed to run the game.

Microsoft has been pretty secretive about what the new Microsoft Flight will be like. There have been hints that the game will be a free-to-play title, much like the recently launched Age of Empires Online online RTS game. Hopefully we will learn a lot more about the game when the beta test begins next month.