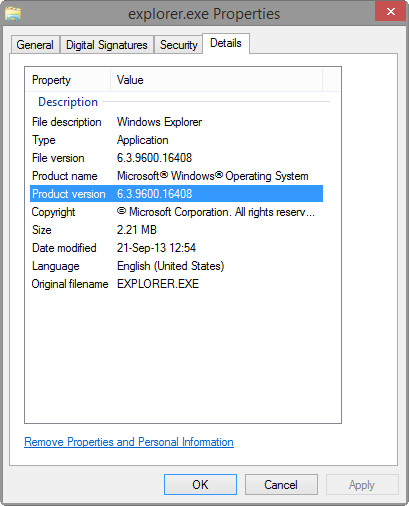 The weekend started with reports that Microsoft was preparing a new patch for the Windows 8.1 RTM build called "GA Rollup A" that contains mostly bug fixes and improvements for the OS ahead of its official launch later next week. Now it looks like the x64 version of the GA Rollup A patch has been leaked to the Internet outside of Microsoft's own download channels.

The leak was spotted by FaiKee and posted on his Twitter account. The update package consists of three patches, according to the report; KB2894179, KB2883200, and KB2894029. As we always do in these situations, we will not be providing any direct links to the leaked files.

The previous reports on GA Rollup A stated that the total download size was about 200 MB for the x64 version. There's been no indication of a leak for the x86 or Windows RT versions, but their download size is expected to be even smaller -about 100 MB.

Of course, everyone with Windows 8 installed on their PC could simply wait until Microsoft pulls the trigger on the official update to Windows 8.1 in the Windows Store. In the US time zones, that is expect to happen in the morning hours of October 17th, for everyone else, a day later.

Source: FaiKee on Twitter via WinBeta | Image via Microsoft