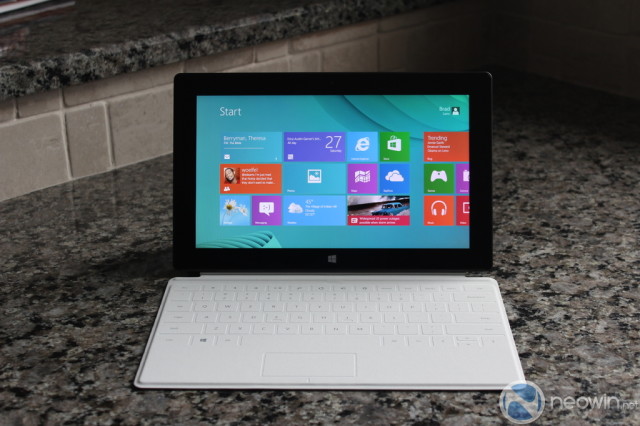 Last month, Microsoft decided to ditch the "Surface RT" brand for its second generation Windows RT tablet, labeling it as simply the Surface 2. Now Microsoft has admitted that the original Surface RT branding was perhaps not the best decision the company made in terms of marketing the product.

The Australian website ARN reports that Jack Cowett, Microsoft's marketing manager for Surface, made some comments about the name in a new interview. He said, "We think that there was some confusion in the market last year on the difference between Surface RT and Surface Pro."

Microsoft hopes to avoid that with the new Surface 2 and the Surface Pro 2, the latter of which uses full-fat Windows 8.1. Cowett stated, "We want to help make it easier for people, and these are two different products designed for two different people."

Of course, Microsoft is still selling the original 32 GB Surface RT and will likely continue to do so for the foreseeable future. In Australia, Microsoft will sell the 32 GB and 64 GB Surface 2 for $529 and $639 AUD, respectively, while in the US, prices start at $449 USD.

Microsoft is currently the only PC maker still selling products with Windows RT, although Nokia's rumored Lumia 2520 tablet is supposed to join Surface RT and Surface 2 when it goes on sale later this year.