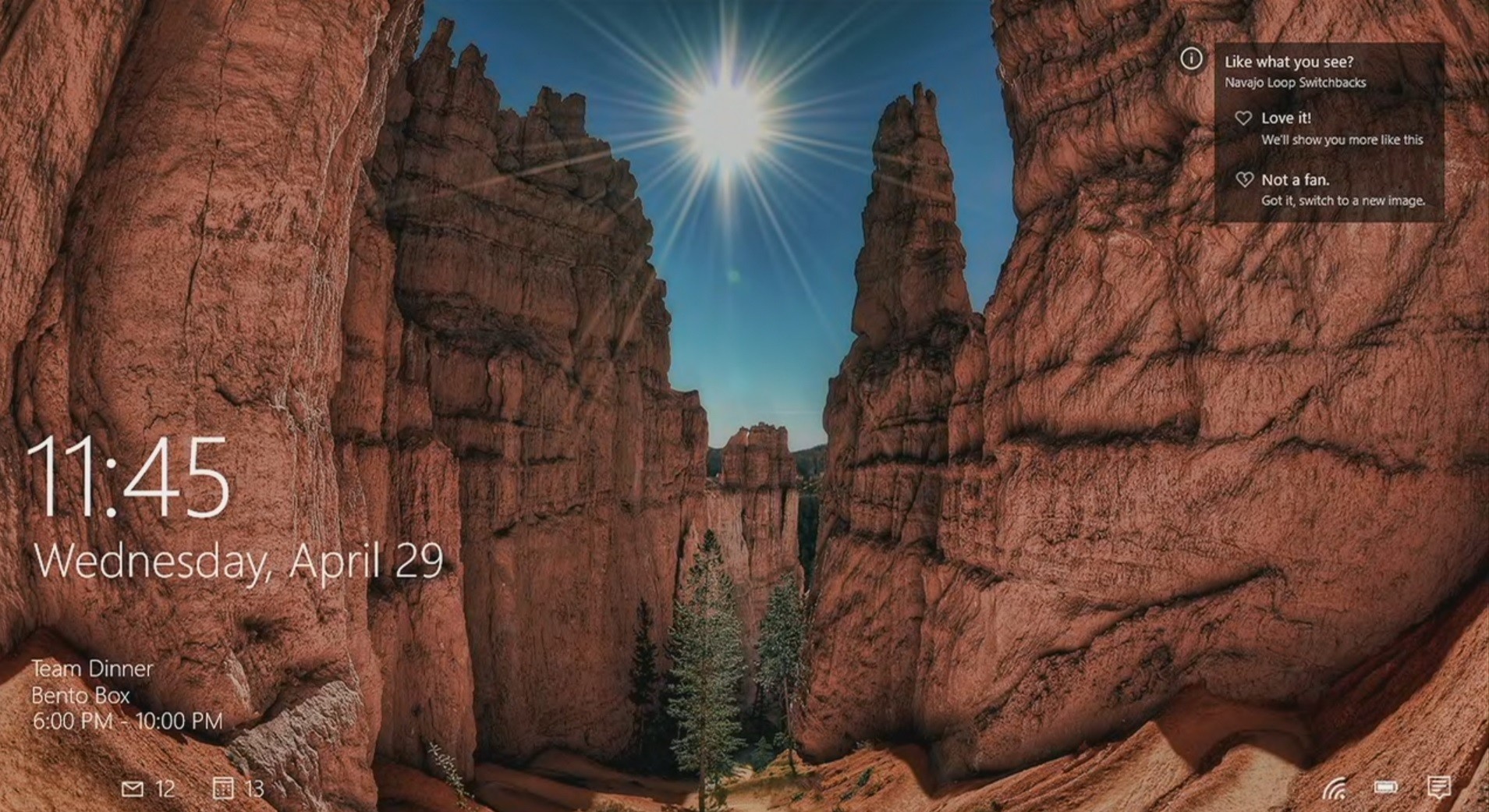 If you are a Windows Insider that is on the 'fast' ring, chances are you downloaded the latest build of Windows 10 that was released this Friday. While build 10547 made some improvements and changes, it looks like Pro users are getting an added feature, Spotlight.

Windows Spotlight was introduced in April at Build and was touted as a personalized lockscreen. The lockscreen for Windows looks similar to what you currently find on Windows Phone and Bing, but adds a couple interesting tidbits. Beyond being greeted with a new image daily, the Spotlight lockscreen learns from your likes when you rate the daily images. The lockscreen can also unobtrusively suggest Windows 10 applications and other applications from the Windows Store based on your activity.

While Spotlight is nothing new, Pro users lost the feature in an earlier build. But, it looks like Microsoft has reintroduced the feature with the latest Insider build. For those interested in enabling the feature, be sure to enable it by going to Settings > Personalization > Lock screen > Background.

Windows 10 is now available as a free update for those running a valid copy of Windows 7, 8 and 8.1. For those that would like to be involved in Microsoft's Preview builds, be sure to sign up for the Windows Insider program.