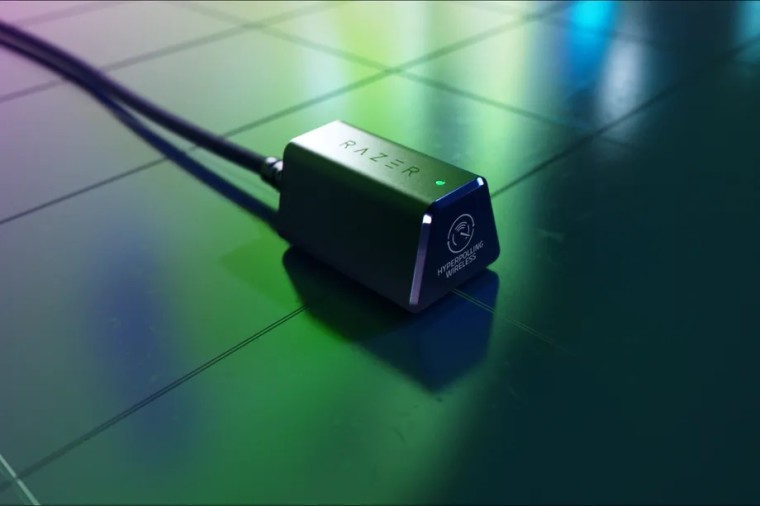 Razer has been selling peripherals that offer polling rates of up to 8000 Hz. The polling rate of a device refers to the number of times it sends its information to a connected desktop. Simply put, a device with a 1000 Hz polling rate will send information 1000 times per second.

With a 4000 Hz polling rate, Razer claims the wireless connection is 4x more responsive than the standard 1000 Hz wireless mouse. In theory, this means the mouse will be quick to respond to a user’s hand movement and convey the tiniest of gestures to the PC.

The new 4000 Hz wireless technology is nowhere near the 8000 Hz polling rate of the Razer Viper 8K. However, the ultra-high-speed connection is only possible via a dedicated cable.

The new USB dongle that supports the 4000 Hz HyperPolling technology looks like a small elongated prism and weighs just 13 grams. An﻿ LED sits on the top, which is configurable. Users can choose to see the connection status, battery status, or flash to warn about the low battery of the synced wireless peripheral.

Razer has priced the HyperPolling Wireless Dongle at $29.99, and it will be available starting today. The dongle will work alongside Razer Synapse software. Razer has cautioned that a higher polling rate requires more processing power, and hence, may lower frame rates when playing CPU-intensive games.