There are some people out there on the web whose sad, empty lives revolve around harassing others online, delighting in the misery they cause by mocking, criticising or belittling others and their opinions. We call these people – among other words that are inappropriate in polite company – ‘trolls’. By and large, trolls are little more than a nuisance; you get used to seeing the same usernames popping up, and you learn to gloss over them in the knowledge that they have nothing useful to say. But there is a particularly evil breed of troll, who persists in targeting vitriolic abuse towards someone, to the point that their life becomes miserable.

Nicola Brookes, a 45-year-old British woman, has been the victim of such attacks. After she left a message of support on the Facebook page of an X-Factor contestant – who had himself received pejorative comments from other users – Ms Brookes found herself the target of a sustained campaign of abuse, in which she was accused of being a paedophile, and subjected to death threats. 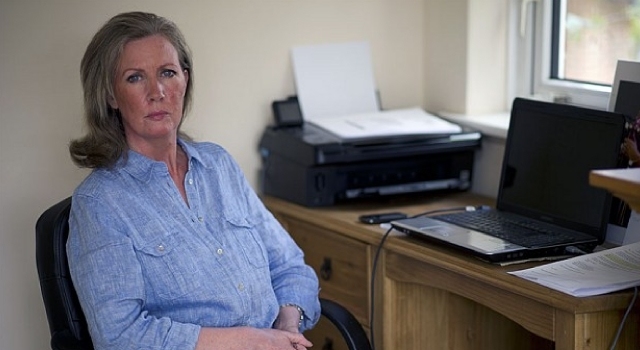 Nicola Brookes, branded a paedophile and recipient of death threats on Facebook

Her daughter was a fan of The X-Factor, and when she saw that a teenage contestant on the show, Frankie Cocozza, had received disparaging remarks on his Facebook page, she left a supportive message for him, saying: “Keep your chin up, Frankie, they’ll move onto someone else soon.” Her words were sadly prescient, as just hours later, hundreds of abusive comments and threats had been directed towards her.

“Facebook users began deliberately targeting me, writing under my comment that I was a paedophile and hoping that I would die,” Ms Brookes told The Telegraph. “They started getting very personal, looking at my Facebook account, and talking about my appearance, my age, and my illness. I hadn’t invited any of it, but they ganged together and started inciting a sort of public hatred of me.” Trolls had even set up a fake Facebook profile in her name and with her photo, and used the account to send sexually explicit messages to children as young as nine years old.

Despite referring the matter to Sussex Police, no prosecutions have been made. While Ms Brookes and her lawyers point out that cases involving internet trolling appear only to be pursued when a celebrity is involved, Sussex Police insist that it is often too difficult to track down the anonymous online activity to those involved. A spokesman said: "We have looked at the material sent to us by Ms Brookes and we have made every effort to trace the person responsible for creating the false profile of her on Facebook, but this is notoriously difficult to prove."

For this reason, Ms Brookes is taking Facebook to court. Her court action is not directed against Facebook to hold the company to account for some unspecified failure, but rather aims to compel the company to comply in revealing details that would help to identify the persons who hid behind the veil of internet anonymity to attack her. The case represents a potential landmark in British justice, as it is believed to be the first of its kind in the UK, and its outcome could have a significant impact on the use of social networks here.

Facebook did not wish to comment on the specifics of this case, but told The Telegraph: “We respond aggressively to reports of potential abuse. Reports involving harassment are prioritised, reviewed by a trained team of reviewers and removed if they violate our terms.”

Ms Brookes assertion regarding celebrity cases may not be entirely fair to the police, but it is fair to say that recent incidents involving public figures have raised awareness of the problem in the UK. Conservative Member of Parliament Louise Mensch was branded a “bitch” and a “whore” on Twitter, after her party distanced itself from comments made about Rupert Murdoch made by opposition politicians. One user said he would “love to hit Louise Mensch in the face with a hammer”.

In another incident, a British Twitter user was jailed for 56 days, following racial slurs directed towards footballer Fabrice Muamba, who suffered a massive cardiac arrest in the middle of a match.


Image of Ms Brookes via The Telegraph; Facebook image based on an original by .NET