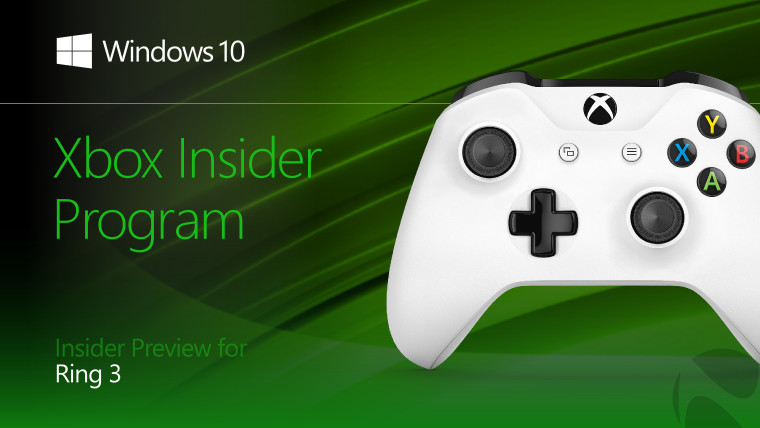 At the end of May, Microsoft released the first Xbox Insider build of version 1706 to the Preview Alpha ring, which is the next in a series of monthly feature updates for the console. Unlike previous updates, there were no formal announcements that came from official channels; instead, the firm just seeded new features through Insider Previews.

1706 showed up in the Preview Beta ring the very next day, and today, it will be available for Insiders in Preview Ring 3. While the build string hasn't been announced yet, Microsoft's Brad Rossetti says that it will include Mixer Co-streaming and controller sign-in.

Both of these were available in the first 1706 build, so it's not clear if newer features, such as Entertainment Twist, will show up today. The new Preview will be available at 6pm PT today; if you're on Preview Ring 4 though, you shouldn't have to wait too much longer, as 1706 should be finalized this month.