Microsoft has been updating its various Xbox SmartGlass apps pretty frequently lately. Last week, the Android version got an update that allowed it to run on seven-inch Android tablets such as Google's Nexus 7. Today, a new update for the iOS Xbox SmartGlass app was released via iTunes. 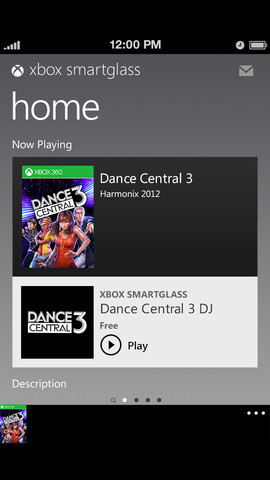 In short, this version adds full support for Apple's new iPhone 5, meaning that the app can now fill the entire four inch screen of Apple's latest smartphone. The release notes also mention that the new iOS version contains some "bug fixes" but no other details of what might have been updated have been revealed.

In related news, people who purchase and download The Dark Knight Rises on their Xbox 360 via Xbox Video will be able to use their Xbox SmartGlass app to access some bonus content from the latest Batman movie. The Major Nelson website reports that Xbox SmartGlass users can check out storyboards from the movie, trivia information, quotes from the actors involved and more while they watch the movie.