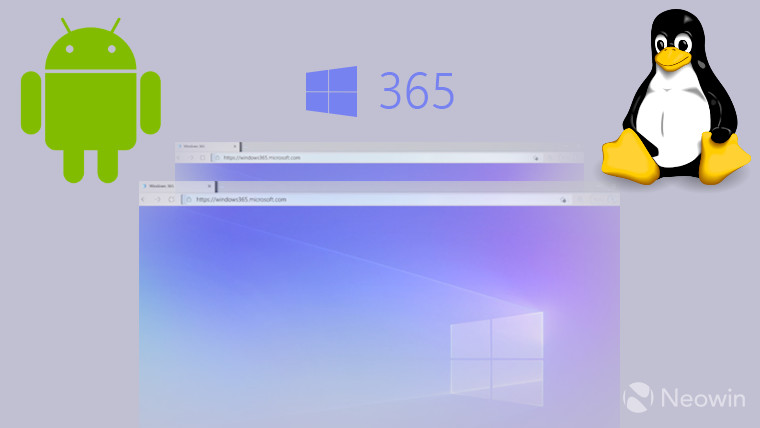 Back in July 2021, Microsoft announced Windows 365 Cloud PC, its virtualized cloud OS offering. The service became generally available in the following month, and in fact, it was so popular that Microsoft had to temporarily pause free trials to balance the load on its cloud infrastructure.

For those unaware, Windows 365 allows organizations to stream from Windows hosted on the Microsoft Cloud. This is a full Windows experience for each employee with personalized settings, apps, and data. You do not need any special hardware to run it, and just have to choose from the multiple pricing tiers ranging from $20 all the way up to $162 - which nets you a Cloud PC with 8 vCPUs, 32GB of RAM, and 512GB of storage.

Now, Microsoft has revealed that it is bringing support for nested virtualization to Windows 365 Cloud PCs. At launch, this will support Linux and the preview of Windows Subsystem for Android (WSA). Basically, what this means is that organizations can run Hyper-V inside of a Hyper-V Windows 365 virtual machine and run Linux and WSA in it directly.

This capability is bound to benefit developers using Windows 365 Cloud PCs and want to virtualize another OS for testing and/or cross-platform development. However, it will only be enabled for "certain license types", which could be the more expensive Windows 365 Enterprise tier, but that is currently unclear. It is being tracked as Feature ID 89004 on the Microsoft 365 Roadmap and is expected to preview next month. General availability is expected in December 2022.