We are at the end of yet another week and it feels like time is just flying by. With the end of the week comes a new edition of Microsoft Weekly in which we recap everything important that happened in the world of Microsoft in the past few days. This edition covers a lot of news related to Windows 11, including its growth, performance, and a range of new features. Find out more in our Microsoft Weekly edition for October 29 - November 4!

Windows 11 performance... and some other issues

We will start Microsoft Weekly with news related to Windows 11's performance and some more issues that have cropped up. It turns out that Microsoft's recent tip for disabling certain security features in Windows 11 in order to boost gaming performance is benefiting a lot of Intel systems with some users reporting manifold improvements in benchmarks.

In somewhat related news, the same cannot be said about AMD Ryzen 7000 customers who have been complaining about performance drops with Windows 11 version 22H2. For its part, AMD has denied all such reports and said that results across both Windows 10 and Windows 11 are roughly the same and within the margins of error, in terms of differences. Despite this denial, reports keep cropping up showing evidence of noticeable performance deterioration after updating to Windows 11 version 22H2.

Since we are talking about issues, it's also apt to mention that Microsoft has put an upgrade block in place for the Windows 11 2022 Update (version 22H2) due to some audio sync issues. If you previously used the capture feature in Xbox Game Bar, the feature update will not be available until Microsoft provides a permanent fix. That said, a patch is expected soon.

In the same vein, Firefox 106.0.3 is now out with some fixes for crashes and hangs on Windows 11 version 22H2. And OBS now supports Nvidia hardware fully for AV1, with a fix for a Windows 11 capture issue now rolled out too.

Finally, Microsoft is facing a class-action lawsuit for its AI-powered GitHub Copilot pair-programming utility. The lawsuit alleges that Microsoft has violated GitHub's own policies, as well as attribution and other copyright laws by training the software on the billions of lines of code written by millions of programmers without their consent, and then making a profit off of it.

The latest data from StatCounter indicates that Windows 11 is being used by 15.44% of users globally. While this may sound low at first, it kind of does make sense considering the OS' strict hardware requirements, controversial feature changes, and frequent bugs. This is also supported by the fact that roughly 71% of people are still on Windows 10, according to data from the same firm.

Valve's data also shows Windows 11's adoption slowing down a bit with the OS' share dropping from 25% in September to 23.37% in October. That said, it is important to understand that Valve's figures are based on its user surveys, which are random and optional, so they might not paint the actual picture. However, Windows 10 has the lion's share of 69% in this report as well.

Another entity that seemingly can't let go of older operating systems is Mozilla, which has said that it is considering extending support for Firefox on Windows 7 and 8.1 past Microsoft's own support deadlines, bonkers.

That said, Microsoft may be looking to remedy some of these problems, in a bit of a controversial fashion. A recent job listing indicates that the company is working on a model that will allow the construction of low-cost Windows 11 PCs through which the firm will upsell its services via ads and subscription plans. It's unclear if these plans will ever materialize but if they do, they are bound to rub many people the wrong way.

It appears that there is a whole Energy Recommendations hidden in the Settings app. It is a page where Windows 11 shows how to lower your carbon footprint and make a PC more energy efficient by letting it turn off the screen and go to sleep faster, setting the power mode for best efficiency, disabling a screen saver, and turning on dark mode. There is also a sort of green score that increases as you go through the "checklist." You can find out how to enable it here.

There is also a hidden Task Manager search functionality currently in development. You can enable it via a third-party tool (at your own risk) and it should make searching for specific processes considerably easier.

We did get a new Dev Channel build this week too, though. Build 25236 - also available for Windows Server VNext - brings a tooltip for Task Manager and a slight revamp for the Microsoft Store UX, among lots of other fixes. There was a servicing update rolled out for this build recently too.

In some more exciting news, Google's solution to play Google Play Android games directly on your Windows 10 and Windows 11 PC is now available in more countries, including the U.S. This implementation is completely different from Microsoft's Windows 11-exclusive Windows Subsystem for Android (WSA).

For our more tech-savvy audiences, you'll be happy to know that PowerToys 0.64.0 is now out with two new utilities: File Locksmith and Hosts File Editor, along with settings backup functionality. And if that doesn't interest you, perhaps this will catch your eye: You may soon be able to run multiple nested Windows inside Linux.

Lastly, it's worth highlighting some Microsoft 365 improvements too. Microsoft has detailed all the new features it added to Teams in October 2022 and you should also keep an eye out for an upcoming capability in Outlook that will allow you to work without interruptions.

On the gaming front, Microsoft's Phil Spencer hinted that if the acquisition of Activision Blizzard is completed, Microsoft would support Call of Duty on PlayStation forever. It's unclear if this statement is enough to allay the fears of both Sony and the UK CMA, but this was a big talking point when both entities argued why the deal should not go through.

Meanwhile, Sea of Thieves' Return of the Damned Adventure kicked off too. It has pirates choosing to ally with the forces of Pendragon or Captain Flameheart, with the two groups clashing over Sea Forts. The event concludes on November 17, and Rare is planning to host a special livestream soon after to let players know which side took the win, and also reveal what will be the consequences of their actions.

Coming over to subscriptions side of things, Praetorians - HD Remaster is now free via Xbox Games with Gold. And Xbox Game Pass is getting some The Walking Dead games, Pentiment, Return to Monkey Island, Football Manager 2023, and more in this month.

Microsoft is also running another Xbox Free Play Days promotion offering Control, Serial Cleaner, and NHRA Championship Drag Racing: Speed for All at up to 90% off. But if that doesn't tickle your fancy, take a gander at this Weekend's PC Game Deals, curated by Neowin's News Editor Pulasthi Ariyasinghe.

We published a few guides this week. The first one is from News Reporter Hemant Saxena who had a very handy write-up on how you can disable Microsoft Teams from launching at startup. If this is something that bothers you, do give the guide a read.

Hemant also wrote another guide providing instructions on how you can remove the downloads menu from Microsoft Edge if you don't find it particularly useful. 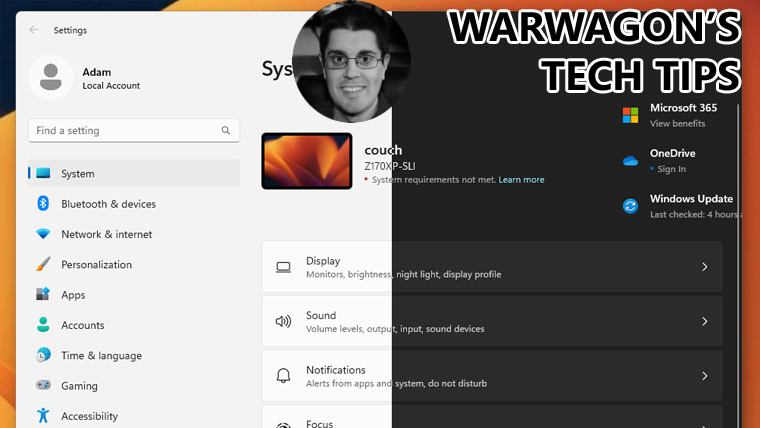 Our most intriguing news stream this week relates to all the chaos happening at Twitter, with Elon Musk officially taking over just a few days ago and immediately firing the company's CEO, CFO, and head of legal policy. This was followed by reports that the social media platform would soon charge $20/month for Twitter Blue, with the verification badge being locked behind this subscription too. However, this was talked down to $8/month after intense negotiations with novelist Stephen King.

In line with initial reporting, Musk began to lay off half of Twitter's workforce to reduce costs but was soon sued for not giving employees enough notice under federal law, along with facing criticism from political leaders. The "Chief Twit" then complained on Twitter about how revenues on the platform has massively dropped due to advertisers pulling out.

Yeah, it's been a crazy week, and I haven't even talked about the abandonment of the Chirp developer conference, former CEO's Jack Dorsey's new relationship with Twitter, Vine possibly returning to life, and editable tweets potentially being available to everyone, free of cost. Phew!