In what's turning out to be a big day for the YouTube team following the earlier announcement of a completely re-designed mobile website, a beta version of YouTube Leanback has been made available for everyone to try out. Mentioned at last month's Google's I/0 Developer Conference and portrayed as your own personalized YouTube television station, Leanback is all about "about letting you sit back, relax and be entertained" by the content on YouTube. 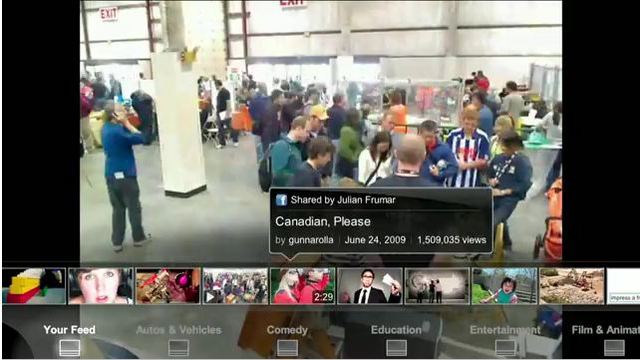 While it's still unclear how well the selection process will work and how relevant videos will be to the viewer, you can easily switch between videos using the right arrow key on the keyboard. Searches can be done by pressing the up arrow and typing in a query, or access to video controls can be obtained by pressing the down arrow.

According to TechCrunch, video rentals will also be available "in the next few weeks" (they're not available yet because of technical issues) with advertisements to eventually appear.

Leanback will also be available on Google TV when it launches later this year in the United States, and is currently not available on mobile devices including Apple's iPad.