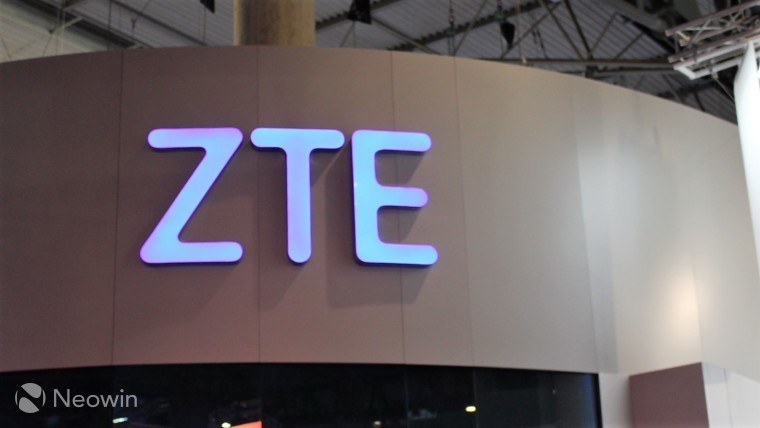 It is definitely not a good time for Chinese manufacturer, ZTE. This Monday, the United States Commerce Department announced a seven-year ban for the company, which will not be allowed to purchase components from companies based in the U.S., as reported here at Neowin. The ban is a result of a violation of a settlement between ZTE and the U.S. government after the company pleaded guilty to illegally shipping U.S. technology to Iran and North Korea.

The ban includes, for example, chip giants Intel and Qualcomm, which sell premium chips to manufacturers like ZTE, leaving the company only with lower-end options, as those provided by MediaTek. Even worse, as reported by Reuters, the ban may also prevent ZTE from using Android in its devices, which would put the company in a complicated position in the global market since the only real competitor to Android right now is Apple's iOS, which is not licensable.

If not enough, on Tuesday, Britain's National Cyber Security Centre (NCSC) warned the nation's telecommunications companies that it considers ZTE a "potential risk" to national security. According to The Guardian, the NCSC issued a letter to those companies stating:

NCSC assess (sic) that the national security risks arising from the use of ZTE equipment or services within the context of the existing UK telecommunications infrastructure cannot be mitigated.

The letter also mentioned that the U.K.'s networks already feature a “significant amount” of hardware manufactured by Huawei, and that relying on another Chinese company to supply the telecommunication services in the country would “render our existing mitigations ineffective”.

It is important to note that ZTE is still allowed to sell its products and services in both the U.S. and U.K., even though the company may now find it far more difficult to compete in those markets, and probably on the global market as well, given the latest announcements.