The new decade has begun with fantastic technologic prospects. 3D television is beginning to wind its way into mainstream home entertainment. Whether it will enjoy a great success depends on how quickly the public adopts this new way of looking at films and broadcasts. Another young technology is the miniaturization of computers. Soon we won’t notice anymore the CPUs surrounding us everywhere we are. The world is run by humanity, and we really need computers to run the world. Still, vis-à-vis the calamity that struck Haiti our advanced technologies seem diminished.

In view of the panic predictions for 2012, it should be noted that apocalyptic fortunetellers have always lived and outfaced people throughout history. However, this doesn’t halt the technologic vicissitude that has been occurring in the last 20 years, as though following a given pattern. It happens so fast that all these innovations don’t seem as amazing anymore; innovation has become a requisite for a better tomorrow. That’s what we are taught to believe.

French writer Paul Valery said, “The trouble with our times is that the future is not what it used to be.” Think about this for a moment, and you will notice there is truth to it. Usually things never turn out to be as we planned it. In technology it’s a different story, though. Audi’s slogan “Vorsprung durch Technik” (Progress through technology) indicates the state of mind people share. We like to be at the cutting edge, pushing the envelope. When the envelope pushes back, we push harder until we reach our goal. With that attitude, one cannot but gaze baffled the advancements made in just the last ten years.

Ten years ago one would rave about 256 MB RAM; it was something a geek would die for in those days. Today with 4 GB RAM one feels it’s not enough yet. There is indeed something happening, besides the shrinking of CPUs, cheapening of SSDs and rising market share of Apple. Technology is ubiquitous; it has become the network of information that holds the knowledge of humankind. To think that the world’s ideas and history is stored on the countless computers that are in operation today is a bit frightening. Remind yourself what happens when you drop a HDD to the ground. It breaks; your personal data is gone.

For this reason, more and more people start embracing the cloud. As time goes by, companies such as Google store a vast amount of photos, texts and emails on their servers. Privacy has been an issue, yet it seems that it’s beginning to become a secondary concern. What people wish for most is an easy way of archiving family moments. And so we become yet more engulfed by technology. Google’s Servers have a storage capacity of at least one-hundred million gigabytes, split over fifteen server farms. Yet, should these servers stop working, the cloud disappears too.

Most any computer today could outpace the computer which took three brave men to the moon, and brought them back to the earth safely. In 1969, the world watched with abated breath as the first humans set foot on earth’s satellite, to set a milestone for the space age. In 2020, NASA hopes to repeat this feat, and little later go farther yet, on to Mars. To understand the motivation of space exploration, in lieu of solving humanity’s problems, one must take in what Neil Armstrong said: “I felt that a successful lunar landing would inspire men around the world to believe that impossible goals really are possible, that there really is hope for solutions to humanity’s problems.”

The question one should ask is how important technology really is. Dependence on something has been known to cause trouble. Even though, computers are interwoven with history of only the last 70 years. To believe that our civilization functioned without the help of computers is almost impossible. It’s a fact, though, that the human race has always reached for the stars. In the seminal sci-fi film “2001: a space odyssey” Stanley Kubrick and author Arthur C. Clarke establish the concept of eventuality. The visual aesthetic is constructed around the idea that technology is simply a materialized version of human aspirations — such as flying, and eventually reaching the stars in spaceships. Every scene conveys the idea that each innovation, every new contraption is the result of an inherent curiosity. It’s a special occurrence that spurs the urge to create something, as for instance the legendary apple which fell on Isaac Newton’s head. At first inconsequential circumstances could be the one thing kindling a greater whole.

In 1856, great American writer Henry David Thoreau skeptically wondered in “Walden” what all this fuss is over the telegraph, in which the object seems to be "to talk fast and not to talk sensibly. Our inventions are, wont to be pretty toys, which distract our attention from serious things." Skeptics existed then, and exist today.

What exactly has technologic progress accomplished? It has constituted an awareness of the misery in the world. Never before has it been easier to connect with people, or to observe the damage nature has done. With Street View one can travel to far-away cities and get an idea of how life might be there. In a nutshell, technology has made every process of life simpler and faster. In a way Mr. Thoreau presumed correctly. Twitter is precisely that, a tool to succinctly convey the trivial, but relevant information too. Yet, regardless of its import, any message is worth something to someone.

If one looks at the concept videos by Microsoft, one knows it won’t be like that. Perhaps in one hundred years, we can expect technology to interact homogenously, to ensure the most up-to-date and accurate services. These videos inspire with their highly polished computer graphics, used to create a world of consistent IT infrastructures. Too different, too varied are the networks holding the world’s information — even the Internet itself is a vast unwieldy entity. Imagine, though, for a second, one could access all this in an instant. Then again with every innovation that sets out to simplify quotidian tasks comes one new moral dilemma.

"That's one small step for [a] man, one giant leap for mankind" 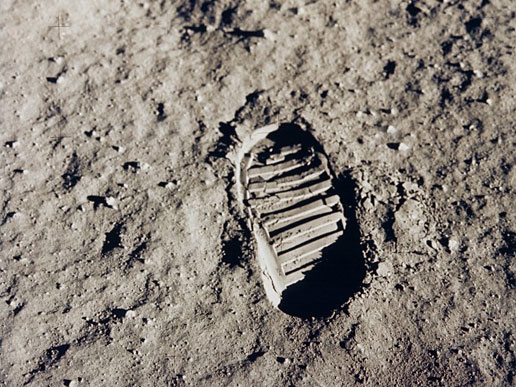