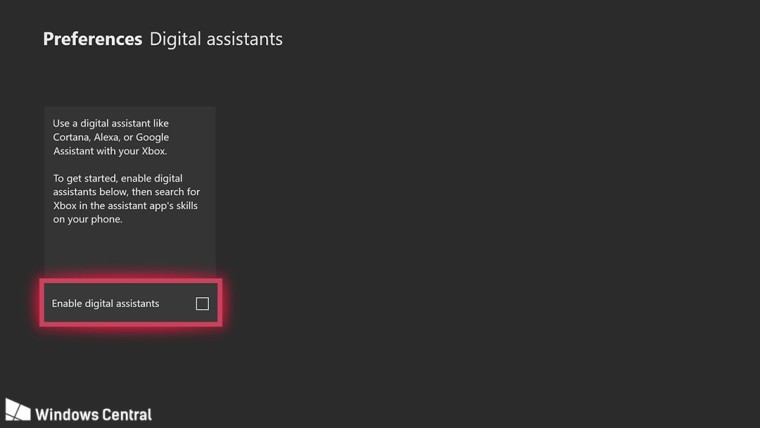 Microsoft has become increasingly receptive toward third-party digital assistants from Amazon and Google as it redefines its expectations of Cortana. PC makers are already incorporating Alexa into their PCs and it seems Microsoft's gaming console is next on the list of Alexa's conquests.

A report from Windows Central claims to show screenshots of internal builds at Microsoft showcasing better support for digital assistants, including third-party ones like Alexa and Google Assistant. The Xbox One currently already supports some digital assistant features via Cortana and Kinect (or a headset) but it's possible that upcoming changes would allow you to use your Amazon Echo or Google Home to interact with, and control your console.

The improvements will likely also translate to the one smart speaker powered by Cortana - the Harmon Kardon Invoke - but Alexa and Google Assistant are the clear winners here.

It's not entirely clear as to what the capabilities of these digital assistants will be on the Xbox One and how much control you will have through voice commands alone but it is expected that many of the discontinued features that initially came with the Kinect will make a return.

A timeline for when we can expect the new features was also not given, though it's very likely Xbox Insiders will see the feature in new builds sooner rather than later.