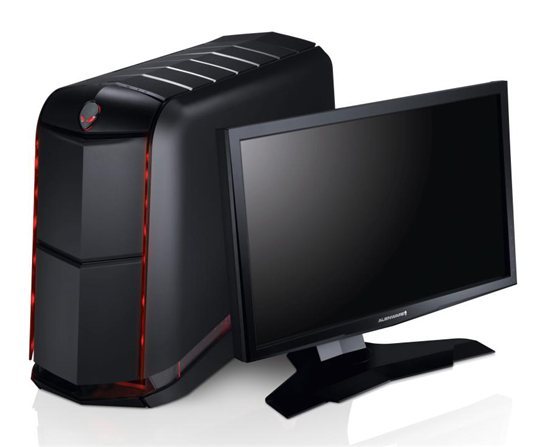 Alienware has been part of the Dell family for a few years now but even though it's been acquired by one of the biggest PC makers in the world, the Alienware division has still catered to the high end hardcore PC gamer with its laptops and desktops. Today Alienware announced a new version of its Aurora desktop. At the same time, it has also apparently retired another of its PC desktop brands.

The new version of the high end Alienware Aurora has support for Intel's Core i7 Six Core Extreme processors inside along with support for the X79 Express chipset and Quad Channel DDR3 memory options. Basically, this is a revamped version of the desktop that was previously sold as the Alienware Aurora ALX, with the same chassis, including the moving vents at the top of the case when the PC gets a little hot. The lower end version of the Aurora is still called the Aurora so that might cause a little confusion among buyers. In any case, the new higher end Aurora has a starting price of $2,199.

Up until today, Dell/Alienware also sold the Area 51 and Area 51 ALX desktops, a mammoth tower case that weighed over 80 pounds. However, neither version of the Area 51 is visible from the main Alienware web site and a quick Google check shows that the desktop is no longer available for sale. We have emailed Dell to get confirmation that the Area 51 desktop has in fact been retired. It's a shame but not all is lost. Perhaps Dell has plans to launch a revamped version of the Area 51 at CES next month.