Honestly, it's tough to say which upcoming device has become the worst kept secret of this summer. But, we are back again with another leak in regards to Samsung's rumored upcoming device, the Galaxy Note 7, or "Note7" per its official name. 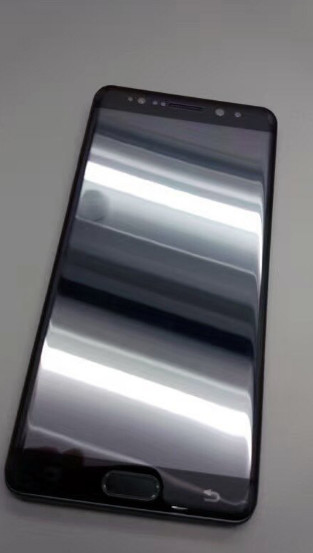 Although we have had a chance to see the Note 7 in all its glory since June, most leaked images of the device up until now have been renders. While these can be interesting, there's a certain tangible element that is missing from these renders, that can only be fulfilled by actual photographs of the device. Today, alleged leaked images of a prototype Note 7 have hit the internet, offering us a first glimpse of the handset in the flesh.

Naturally, there isn't much to see that's new , with the Note 7 adhering to the beautiful design that can be found on the Samsung S7 and S7 edge. The Note 7 is expected to offer a bit more power in the form of Qualcomm's recently announced Snapdragon 821 processor and 6GB RAM. The handset could also come in a larger storage option with the highest offering coming in at 256GB.

Also with the rumored change to USB Type C for the Note 7, sources indicate that Samsung may also reveal a new GearVR.

Samsung is expected to unveil Galaxy Note 7 as early as August 2nd, so there isn't long to wait until we finally get to see the device in its official capacity.