A few weeks ago, we posted up an editorial that gave our opinion about the future of the desktop PC. In short, we think that the big tower case will never go away and one of the reasons we gave was that there will always be a number of hardcore hardware owners who will try to made cool case mods from desktop PC components.

This week, AMD is showcasing some of the coolest PC case mods we have ever seen in an event during the South by Southwest (SXSW) Festival in Austin, Texas. CNet.com has taken some pictures of the wild case mods, all of which have AMD processors inside. 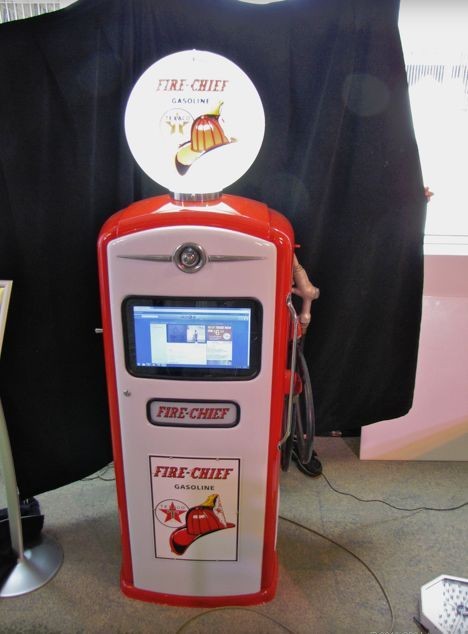 The custom creations range from a PC in the shape of the The Mystery Machine, to a payphone, to an old fashioned Fire Chief gas pump.

The gas pump PC and the Mystery Machine PC are both the creation of well known PC case mod maker Ben Heck and he also made another PC case mod that also serves as a way to launch two small model rockets. Yes, it's a PC and its a rocket launcher. Anandtech goes into more detail on the workings of this case mod, which has an 1950s style of design, complete with really big red switches that launch the rockets.

You can check out a test launch of the rockets inside the custom PC in the video above. We think that all PCs should have rocket launchers inside them from now on. Are you listening HP, Dell, and Lenovo?