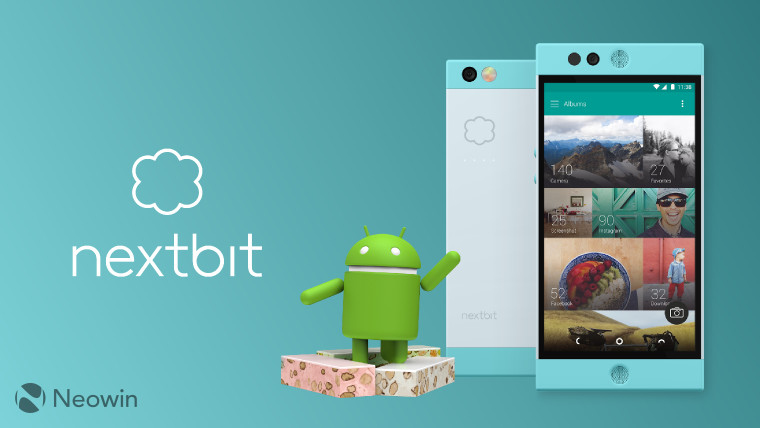 In November, Nextbit began closed-beta testing of its Android 7.0 Nougat update for the Robin, the company's 'cloud-first' smartphone with intelligent capabilities to analyze your usage of apps and files on your device and "offload the stuff you don’t use to the cloud".

Now, the company has begun rolling out its Nougat update to the Robin, seven months after Google originally made Android 7.0 available. The update is being released over-the-air with build number 'Robin_Nougat_88', and includes all the goodies that feature in the standard Nougat update for other devices.

However, Robin owners may be disappointed to learn that the update only includes the January security patches for Android, rather than the February security update, or the March patches that Google released two weeks ago.

Google acknowledged this week that "there's room for improvement" in how it works with its partners to keep their devices up-to-date with the monthly security enhancements that it releases. The company said that it has already taken steps to improve the delivery process for those patches, and that it's working to making it easier for manufacturers and carriers to roll out those updates in a more timely fashion.

While the Robin has now been updated to Android 7.0, Google has already released Android 7.1 and 7.1.1, and is currently beta-testing the 7.1.2 update. This week, it also announced details of the next major upgrade to its OS, currently known as Android O.