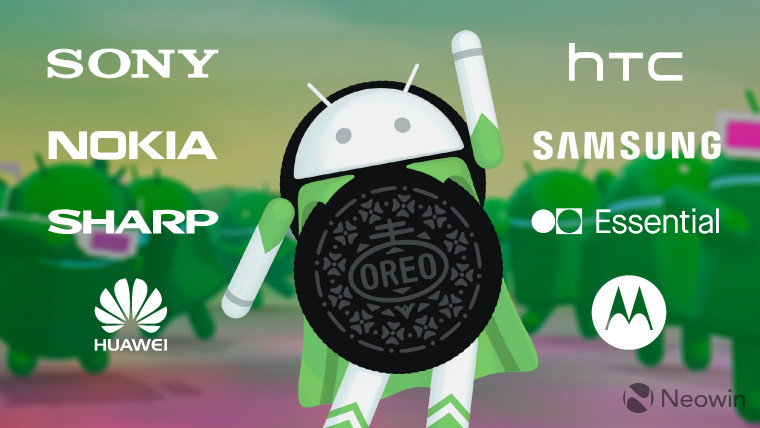 After four Developer Previews, months of testing, and plenty of speculation about just how delicious its name might be, Google confirmed today that its new OS update will be known as Android 8.0 Oreo.

So, when will the update make its way to 'regular' users? Well, first, Google is pushing the final version of Oreo to those in the Android Beta Program today, and it's also published new system images which can be manually flashed onto supported devices. Google also said that it will begin rolling out Android 8.0 to these Pixel and Nexus devices "over the next several weeks".

But when will it make its way to devices from other manufacturers? Google said today that companies including Essential, HTC, Huawei, Kyocera, Motorola, HMD Global (Nokia), Samsung, Sharp and Sony "are scheduled to be launching or upgrading new devices to Android 8.0 Oreo" by the end of this year.

Clearly, that statement is somewhat lacking in specificity. We don't yet know which manufacturers will actually start upgrading their current products to Oreo this year; and which will launch new Android 8.0 devices in 2017, while waiting until 2018 to begin their rollouts for existing devices.

We do know that HTC and LG will be building Google's new Pixel handsets, which should arrive in the next few weeks. HTC has also confirmed that its newest U11 flagship will get Android 8.0, although that's no great surprise. Other manufacturers are also likely to upgrade their newest handsets first - but until they each announce their upgrade plans, we can only guess at the full list of their devices that will get that sweet taste of Oreo.

Don't expect these companies to be racing to upgrade their devices, though. While Google says that it's "been working closely with [its] partners over the last many months" on Android 8.0, it went through a similar development process with Android 7.0 Nougat last year. Samsung, for example, didn't begin upgrading any of its devices to Nougat until five months after Google released the update, and it continued to release new devices with Android 6.0 Marshmallow onboard this year.

Samsung is far from the worst example. BLU Products upgraded its Life One X to Android 6.0 in June, almost two years after Google released that version of its OS.