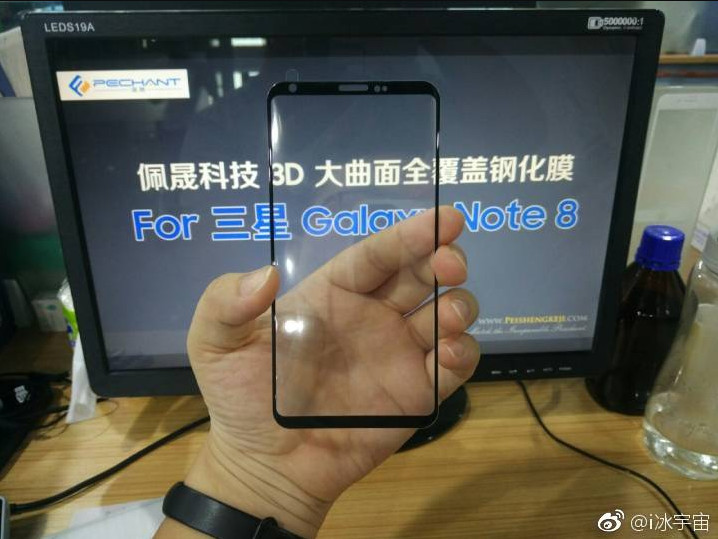 Although Samsung had a rough year in 2016 with the Galaxy Note 7, that hasn't stopped the firm from working on its successor, the Galaxy Note 8. It was in the early part of the year that Samsung mobile chief Koh Dong-jin stated it would be bringing a "better, safer, and very innovative" Note 8. While there have been little trickles of information that have arrived over the past couple of months, it now appears that we are getting to see the alleged front glass of the device.

Although the picture above is much clearer, this is not the first time that we are getting a sneak peak of the front glass. It was in late May that we first saw a glimpse of the front, in a video that surfaced online. While this is certainly interesting, it comes as no surprise that it looks very similar to what we have seen on the Galaxy S8 and Galaxy S8+. Naturally, this could be some kind of hoax, but it isn't hard to believe that Samsung would keep a similar design for its next handset.

While the design might not be a surprise, there is the possibility that the firm might be using new internals for the unit. Last week, it was rumored that the firm could make use of a Qualcomm Snapdragon 836. The new processor isn't a huge leap from the current Snapdragon 835, and could offer a CPU clock speed of 2.5GHz and a GPU clock speed of 740MHz. As of this time, Qualcomm has yet to announce or mention any details about the aforementioned processor.