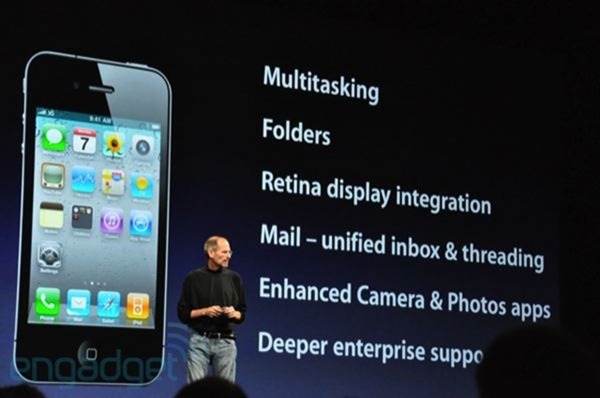 Today, Apple has officially announced their next release of the iPhone operating system, dubbed the iOS 4.0 at WWDC 2010.  Apple has yet to announce the release date, but will be available for the iPhone 3G, 3GS, iPod touch 2G and 3G.  iPad customers will need to wait till the fall for iOS 4.0.  Apple has discontinued support for the iPhone 2G and iPod touch first generation.

New Features
The iOS 4.0 will support multitasking, allowing for multiple applications to be run at the same time.  The long awaited feature will be native to the iPhone 3GS and the iPhone 4 but will not be supported on the iPhone 3G.  Users will be able to run applications in the background while using another app, receiving updates and notifications without having the application displayed.

Multitasking will also support fast switching, allowing users to see a list of applications already running in the background, and select which ones to launch.  Users will be able to play music in the background while surfing the Internet. 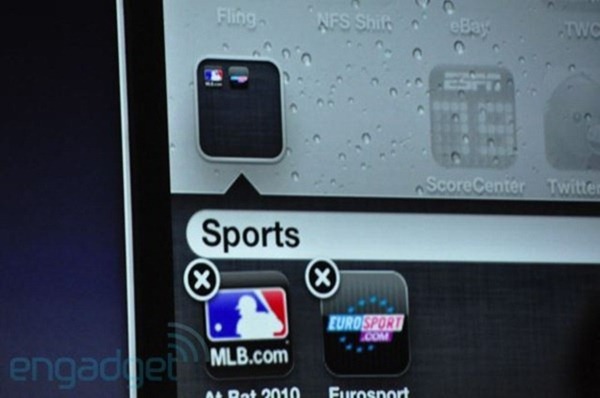 iOS 4.0 will also support wallpaper images, something only previously available to jailbroken phones.  Users will be able to use the same lock screen wallpaper behind their icons, but will only be supported on the iPhone 3GS and iPhone 4, and not the iPhone 3G.

The next version of the operating system will also support folders, allowing you to sort your applications into folders, removing the clutter on your home screen.  The iPhone will also have a native games folder, displaying all your games with a touch of the folder.

The Mail.app is getting a big update, unified mailboxes.  The new unified email inbox will allow you to add your gmail, hotmail, exchange and any other accounts into a threaded inbox.  The unified mailboxs will also support multiple exchange accounts and fast inbox switching. 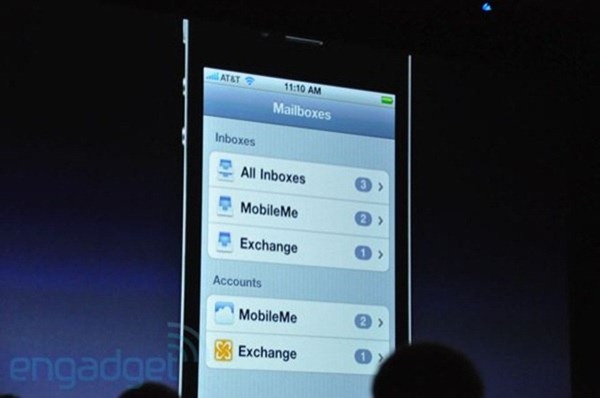 Camera and Video
Only available for the iPhone 4, iMovie allows you to capture and output 720p at 30fps.  The software allows you to splice, merge, transition, titles, themes and add photos for given effect.  Geolocation is also included, to remember where and when you filmed your video.

Search
Apple has also included Bing as one of the default search engines for Safari.  You can now choose between Google, Yahoo or Bing.

iBooks
Apple is expanding its iBooks market, adding a PDF reader (sorry, no Adobe!), allowing you to browse the iBookStore right from your iPhone.  The online book store is accessible wireless through your iPad, iPhone and iPod touch, allowing you to purchase and download a book.  If you have previously purchased it on another device, you can redownload it free of charge.

Available
iOS 4.0 will be available for free on June 21, 2010, and fully support the iPhone 3GS.  The iPhone 3G and iPod touch (excludng first gen) will have limited feature support.