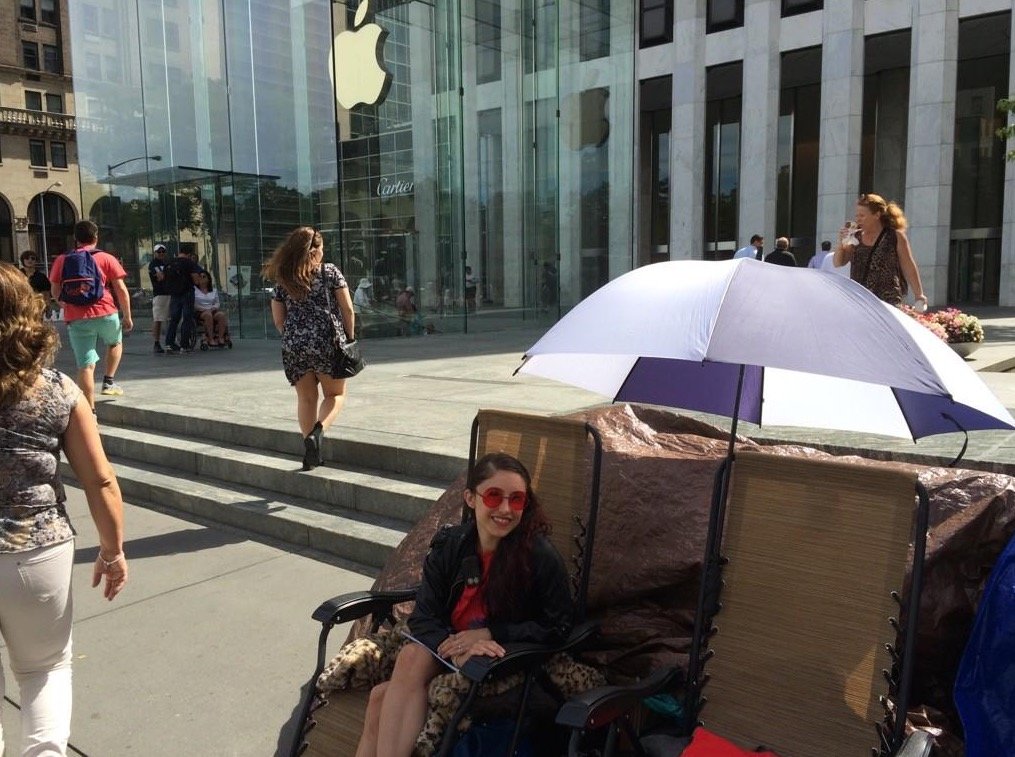 Apple has many faithful fans but this latest example might be taking things a bit far. Fans are already lining up at Apple's 5th Avenue store in New York for the unannounced device.

It's not unusual for Apple fans to do this as it has happened with every launch, starting with the first iPhone. What makes this instance unique is that the phone has not been announced, we don't know the price or more importantly, when it will ship. What if Apple says it won't be out for 3 weeks after it is announced on Tuesday?

Apple is likely to talk about the iWatch at its event too but that device may not ship until 2015 which would means that sitting in line now for the device would defy all logic too...

Anyways, you must be seriously committed to go sit and wait for an unspecified number of days for a device that has not even been announced. Of course, you know that other companies would jump at the chance to have fans who are as faithful as this who are willing to wait for weeks in line for new devices.

Those who stand in line for these types of things often talk about how it is an experience to wait for the product and be among the first to own the device but for us, we would choose a warm comfy bed over that kind of experience.