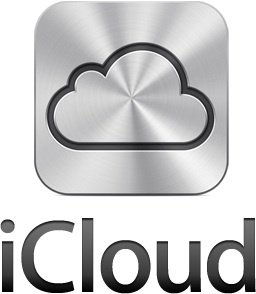 iCloud, the much-rumoured cloud streaming service, was introduced by Apple today at the Worldwide Developer Conference. Steve Jobs took to the stage earlier today at Moscone West to show off the new service, described by Jobs' famous tagline as "It just works."

The idea, Jobs explained, was that the PC as the media hub is an outdated model. "Keeping devices in sync is driving us crazy," Jobs said. With iCloud, Apple plans to move the focus towards "the cloud". iPhones, iPads and the like can all sync with the cloud. Content is uploaded, downloaded and pushed to all of your devices automatically.

MobileMe, described by Jobs as "not our finest hour", has had its apps reworked into iCloud apps. As an example, a contact made on one device is taken up by the cloud and pushed to all other devices. Similarly, if a change is made, that change is reflected everywhere. Calendars work in the same sort of way, but the option is there to share calendar events with other users.

Mail has also been brought into the cloud. Users with an @me.com account will be able to access all of their messages and folders everywhere. The service will be free, unlike MobileMe's asking price of $99 per year.

The App Store has also made the jump to iCloud, where purchase history can be viewed from any device. A special "cloud button" brings down pre-purchased apps onto the current device, avoiding any confusion about what has already been bought when. In keeping with Apple's "post-PC" theme, iOS devices can also be backed up to the cloud, negating the use for a computer with iTunes. On a new device, users can tap in their ID and password and have all their old content beamed onto their shiny new purchase.

While iOS data backup solves the majority of mobile data woes, Apple has taken things one step further and brought their iWork office suite onto iCloud as well. A document tweaked in Pages will automatically have its changes beamed across to all devices, so customers can carry on their work on an iPad. This functionality will be extended out to developers in the form of iCloud APIs.

Other apps receiving special iCloud treatment include Photos. As photos can be storage-consuming, only the last 1,000 will be stored. Photos will be kept in the cloud for a maximum of 30 days. To permanently keep a photo, either beam it down to a computer, or place it into an album. For the most part, iCloud will be device agnostic. iOS devices like the iPhone and iPad seem a logical fit, but Macs and PCs will also be supported, as well as the Apple TV (which itself runs a variation of iOS).

Finally, as many had expected, iTunes will be included in iCloud. A song purchased on one device can be downloaded to any other 10 devices, either by individual song or by complete album. "This is the first time we've seen this in the music industry - no charge for multiple downloads to different devices," Jobs said.

iCloud will be available for free starting today. Mail, documents and backups are limited to 5GB of storage, but any other content is unlimited.