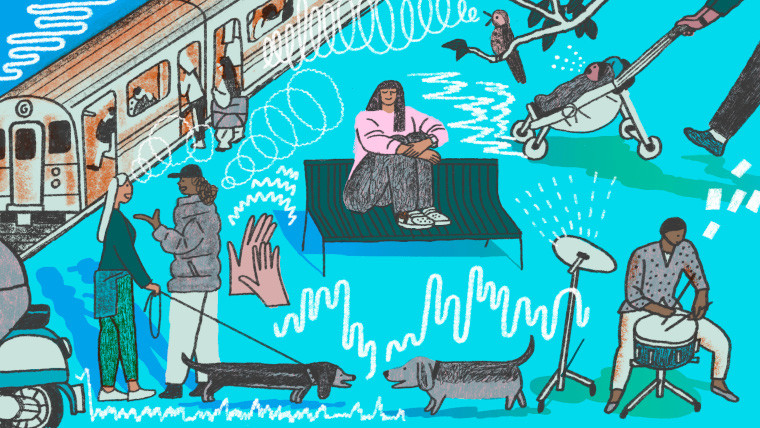 In time for World Hearing Day, which takes place globally on March 3, Apple has shared some of its findings from a study it is carrying out on the long-term auditory health of its users in the United States. Apple said the participation levels in this study are on a scale never seen before thanks to the ease of participation; users can partake in the study using an Apple Watch and iPhone and sharing their health data.

One of the interesting findings revealed that 25% of participants experience environmental sounds higher than the World Health Organization’s (WHO) recommended limit. This noise can come from anywhere including traffic, machinery, and public transport. The WHO has estimated that 700 million people around the world will be affected by profound hearing loss by 2050 - with its Noise app on Apple Watch, the tech firm hopes to save some of its users from hearing loss.

Another source of hearing loss is the way we use headphones to listen to music. One in ten of Apple’s participants listen to sounds through headphones at a level above WHO recommendations. Apple says that to protect hearing, users ought to listen to media at the lowest enjoyable volume rather than at full blast.

The study seems to suggest that a lot of people are neglecting their ears; around 10% of participants have been diagnosed with hearing loss by a professional and over these, three-quarters do not use tools such as hearing aids or cochlear implants even though they can reduce the impact of hearing loss. Furthermore, Apple found that a huge 50% of participants hadn’t had their hearing tested by a professional in the last 10 years and a quarter of all participants reported a ringing in their ears which is a sign of hearing loss.

To take part in the study yourself, head over to the App Store and download the Apple Research app. If you’re not sure how good your hearing is or lack access to testing facilities, the World Health Organization provides an app for Android and iOS called HearWHO where you have to listen out for numbers being read out in static, this can give you an estimate about how good your hearing is.