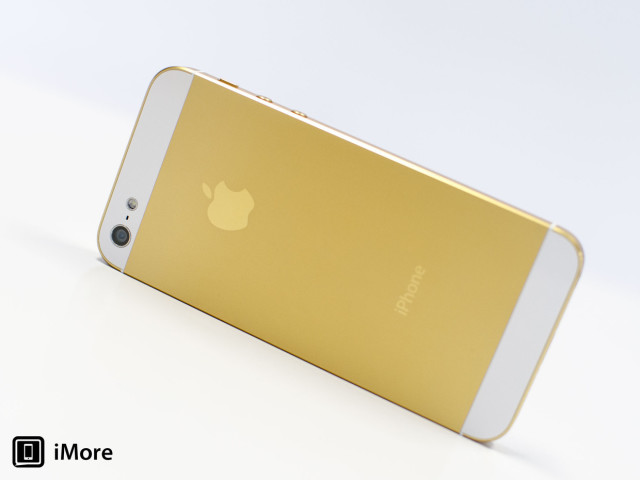 Nobody saw this coming until little by little the rumors and component leaks emerged on the Internet, and tonight it looks like we finally have confirmation. Traditionally offering the iPhone in just black and white since 2008, Apple will apparently be adding gold as a third color option for iPhone customers.

MG Siegler of TechCrunch got the scoop from some inside sources and tonight declared that a gold iPhone is, in fact, in the works. There are still a few unanswered questions though. Since Apple is expected to unveil two new iPhones next month -- the iPhone 5S and lower-end iPhone 5C -- it might be possible that the gold will only be available for one of them. Traditionally, Apple tends to get more colorful with lower-end products that don't have as much of a premium feel, however a gold iPhone 5S could act as a decent differentiator from the iPhone 5.

In keeping with the theme Apple started in 2012 to have two-tone color options like black and slate gray, it appears the gold will be mixed with a white front panel and white strips on the top and bottom of the back. Personally, I think gold and black would look more sophisticated, but with the overwhelming amount of white present in iOS 7, perhaps black hardware wouldn't complement the white software as nicely.

It'll definitely be interesting to see the feedback Apple gets if the gold iPhone is truly unveiled and if it will be a popular color option among consumers.