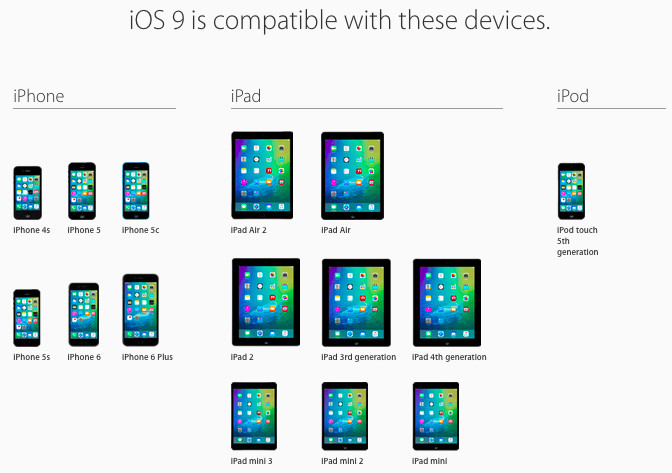 As you can see from the picture above, iOS 9 will be supported on most devices, even some of the oldest in Apple's product portfolio. But as we have seen in the past, not all the new shiny features of iOS 9 will make their way onto every one of the devices listed above. 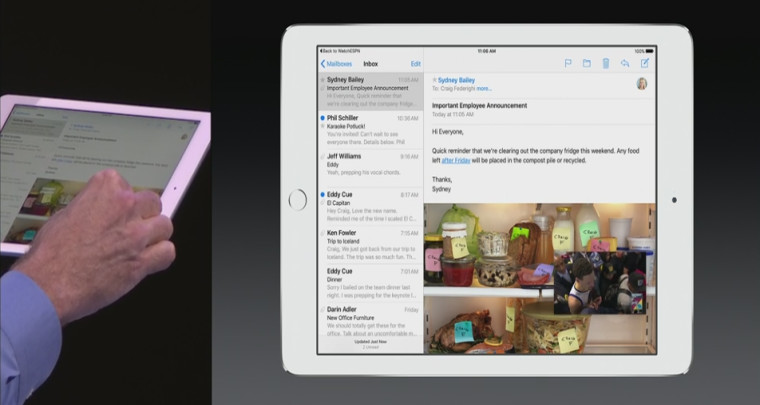 Perhaps one of the most coveted new features of iOS 9 is the ability to perform split-screen multitasking. The inclusion of the feature has been talked about and rumored since iOS 8. But WWDC 2014 came and went, and multi-tasking never manifested itself.

However, WWDC 2015 is a completely different story with iOS 9 introducing the new split-view multitasking and also a picture-in-picture feature.

There will be a couple of different ways to multitask, with "Slide Over" being the most basic of the lot. The feature will allow users to pull in from the side a chosen app, use it, and when finished, hide the app by pushing it away.

iOS 9 will also support picture-in-picture (PIP). This is another huge feature that will allow users to watch video while browsing the web, authoring text, or performing any other tasks.

Unfortunately, the above features will only be available on the iPad Air 2, iPad Air, mini 2 and mini 3. While some might argue that this is acceptable, some iPhone users could benefit heavily from the multitasking features of iOS 9. Perhaps the kicker, though, is that Apple's most powerful multitasking feature, "Split View", will only be coming to the iPad Air 2. This is a more robust feature that will allow users to have two apps open at the same time, side-by-side.

Naturally, these limitations could all change by the time iOS 9 is introduced this fall. With the impending release of newer devices from Apple, we could see expanded features of iOS 9 when it comes time for the full reveal.