Images have leaked online of what appears to be the successor to the Lumia 1020. A user on Chinese website Baidu managed to post up the images showing the metallic/aluminum clad phone at all angles. 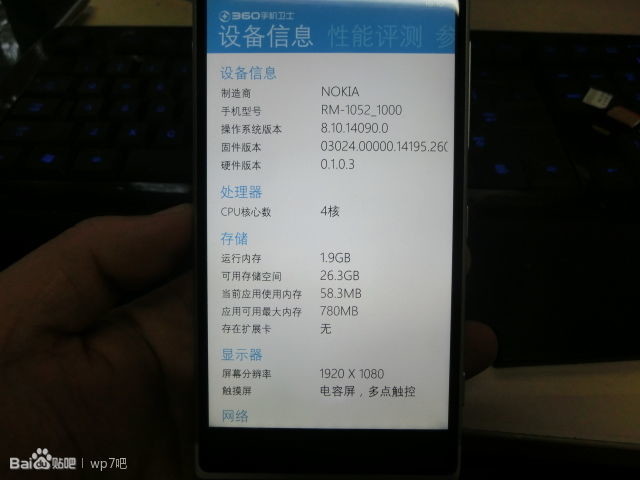 The device also features a dedicated camera button, which exists on all middle to high range Lumias, and on the back a camera hump is clearly seen, although no details about the camera are known at this point.

On the top, a single headphone jack input can be seen, which gives a little indication to the thickness of the device. The camera hump can also be made out (on the left) and doesn't look too overbearing. On the left side, what looks like a SIM door can also be seen, it's not known if it also allows for expandable SD card storage.

And finally, no Microsoft branding can be seen up top nor on the bottom of the device, surprisingly it also appears to feature software buttons for control, with a large space present underneath the buttons.

Unfortunately the bottom of the device isn't shown in any of the images, so we don't know if it will also include a Type-C reversible USB connector, or stick with Micro USB.

Earlier this week we reported that Microsoft also has a bunch of other Lumias in the works, which appear to be low to mid range devices, as seen below.

The Lumia 1020 reached its 'end of life' back in September, so it's not a stretch to assume this could be the successor. As for these image leaks? We'll have to wait and see if this truly is going to be the Lumia 1030 when it is eventually announced.