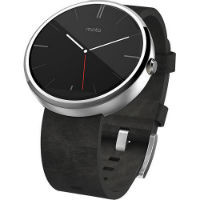 It has been six months since Motorola announced its first smart watch, and although there has been a hands-on leak of the device, the company didn’t reveal much about the upcoming Moto 360 until now. Nevertheless, it seems like BestBuy wanted to share some information, as a listing page for the smartwatch went live, and then got taken down. 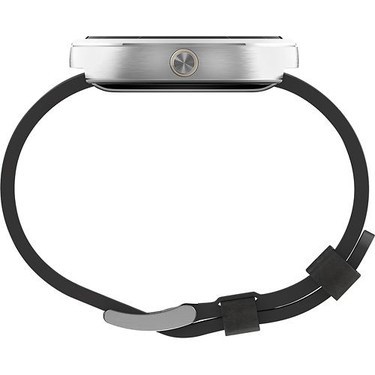 First things first, the Moto 360 was listed at $249, which is the same price point that was leaked before. The listing went on detailing the specifications that are somewhat standard in every Android Wear device; Bluetooth 4.0 support, Android 4.3+ compatibility and a microphone along with some features like the ambient light sensor and stainless steel casing.

Although it will come as a surprise to many, the listing claimed the Moto 360 will come with a Texas Instruments processor instead of a Snapdragon. This is interesting as TI left the mobile scene two years ago.

According to the BestBuy listing, other specifications of the wearable include a 1.5-inch LCD screen with a resolution of 320 x 290 and water resistance up to 30 feet or 30 minutes. 512 MB of storage along with an internal pedometer and a heart rate sensor are also confirmed, but there was no information available about the battery.

Wireless N is also said to be supported by the Moto 360, but right now there are no credible claims related to this and Motorola hasn't confirmed it yet. If the device indeed comes with Wireless N, it will be the first among Android Wear to have built-in WiFi. Speaking of wireless technologies, the device is also rumored to support wireless charging.

Motorola is expected to announce the Moto 360 on September 4th.