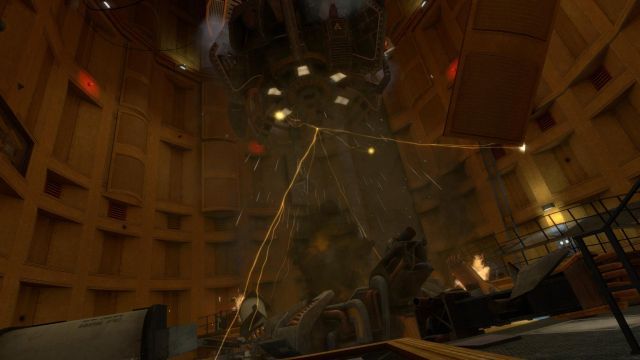 PC gamers jumped for joy a couple of days ago when it was revealed that the long awaited Half-Life 2 mod Black Mesa would finally be released on September 14th. That excitement was tempered by the fact that the graphical remake of Valve's original Half-Life game would end without the final Xen alien chapter.

However, the team behind the Black Mesa mod said at the time that the Xen chapter will be released sometime later. In a follow up post on the mod's message board, the lead developer "Raminator" states, "Xen is going to basically be a complete game in its own right, it's not going to be just an epilogue to the game; more of a whole new chapter. It'll be pretty well expanded."

Hopefully, the "expanded" version of Xen doesn't mean the team will add a lot more jumping. In the original Half-Life, most of the Xen chapter consisted of controlling Gordon Freeman as he jumped in between floating alien structures. It's considered to be the weakest point of the original game.

So when will the Xen chapter of Black Mesa be released? Raminator claims, "Development on Xen is already underway and we hope to have it finished up in a reasonable timeframe." The team also plans to release its version of Half-Life's deathmatch mode in the future.