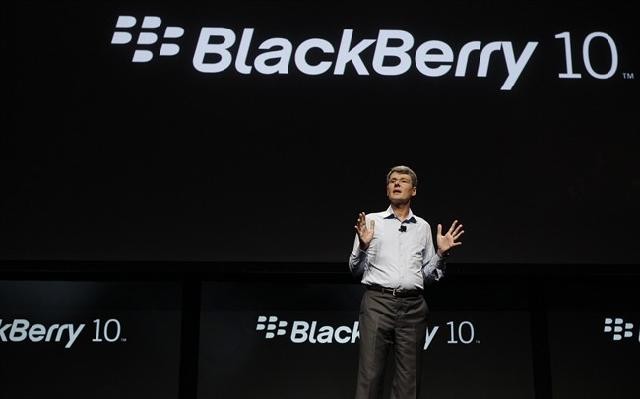 RIM announced today at the company's conference, BlackBerry JAM in Asia, that the company is making a number of changes to it's developer offerings and announced the official opening to the $10,000 guarantee program.

The company announced as part of the changes that developers will gain access to a new device, the BlackBerry Dev Alpha C. The new device is in prototype stage and allows developers to test their applications out on a handset that features a physical keyboard (much like those seen on previous devices). Until today, it hadn't been confirmed that such a device exists.

Developers who think they would qualify for such a device can apply for one here. The company is giving 1500 out based on a points system, which is based around how many apps they have in the market now and a few other things;

Additionally, the company confirmed that developers that already have a BlackBerry 10 prototype device will be able to apply to swap their device after launch for a final production handset.

Think that's it? Nope. RIM has also teamed up with Appcelerator, a company that offers a platform for building native apps, to give developers even more incentive to build for the platform:

The first 100 developers will receive a BlackBerry® Dev Alpha test device, once their application has been submitted for review on the BlackBerry® World™ storefront

Up to 10,000 developers will receive one year of free Appcelerator Cloud Services (ACS) and Analytics, once their app is approved and available for sale on BlackBerry World

If you haven't been following along at home, RIM previously announced a new effort to woo developers. It promised developers that if they didn't make $10,000 on their certified BlackBerry 10 application in the first year that they would give them the difference. Not a bad incentive, that's for sure.

Still, it remains to be seen if these efforts will work on developers. The final SDK is due to drop on December 11th with the final API's in too and the very first production BlackBerry devices are due for release to the market in January 2013.