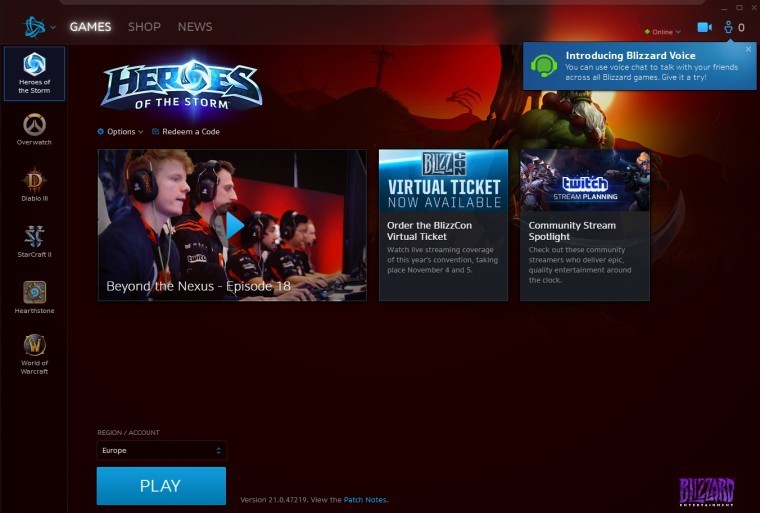 Blizzard’s games are pretty good at bringing people together and forcing them to talk to each other in order to win. However, up until now, all that talking had to happen via third party alternatives, like Skype, or Ventrilo. But as of today, Blizzard’s official Voice Chat is available across all of its games.

The company has been trying to introduce some form of voice chat into its ecosystem for a while now. There’s been a decent but limited voice chat implementation in World of Warcraft for a long time, but that was only available inside of the MMORPG. But as of right now, everyone using the latest version of the Battle.net app can jump in and use voice chat with friends across all of Blizzard’s titles – and outside of them as well.

Blizzard Voice has arrived! Be sure to update your Blizzard Launcher before trying to give it a go ? pic.twitter.com/P3T2lEMVWM

All a user needs to do is update the Battle.net app to version 1.5.1, Build 8098, or newer. After logging in, you’ll be prompted with a new pop-up informing users that Voice Chat is now available. To enable it, simply head over to the friends list, create a channel with some friends and click on headphone icon.

You’ll also find a new Voice Chat tab inside of Settings, allowing users to select which devices they’re using, set a Mute key, and so on.

For a first public implementation, this seems to work very well, and voice quality is remarkable, at least, with a good internet connection on both ends.

Between Voice Chat, and the new game streaming features, it’s clear that Blizzard is trying to create its own ecosystem where gamers find everything they need natively. We’ll see where the company takes things next.