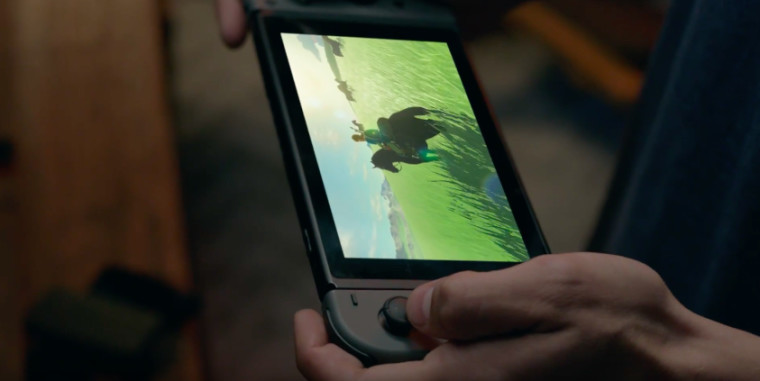 Nintendo debuted its Switch console yesterday. The console shows versatility in that it can be both a stationary device as well as a mobile one - perfect for at home or on the go. The idea is intriguing and holds a lot of promise. Yet, just 24 hours after the console was launched, Nintendo stock took a surprising hit, dropping more than 6.5% at the time of writing.

The company's Wii U has only managed to sell 13 million units to-date. Both Microsoft's Xbox One and Sony's Playstation 4 have left those numbers in the dust. The Switch has expectations of rallying Nintendo back into competition with those console, so the stock landing at 25,185 yen (lowest the company has been since September 7) is at least a little troubling.

Despite the lack of enthusiasm by investors is troubling, but it's important to remember that Nintendo has only pulled the curtain back on its new console. There are critical details that have yet to be offered up, like price, availability and new games. The usual suspects like Zelda and Mario will be around to help the sales of the hardware, but third party game companies like Electronic Arts and Ubisoft are building games for the Switch as well.

Nintendo is coming off a successful summer, where products like Pokémon GO helped surge the company's stock upwards by 70%. Considering that it will be the only mainstream console to offer such versatility, it's probably best to not let the muted enthusiasm sway us from what could end up being a great new gaming experience.