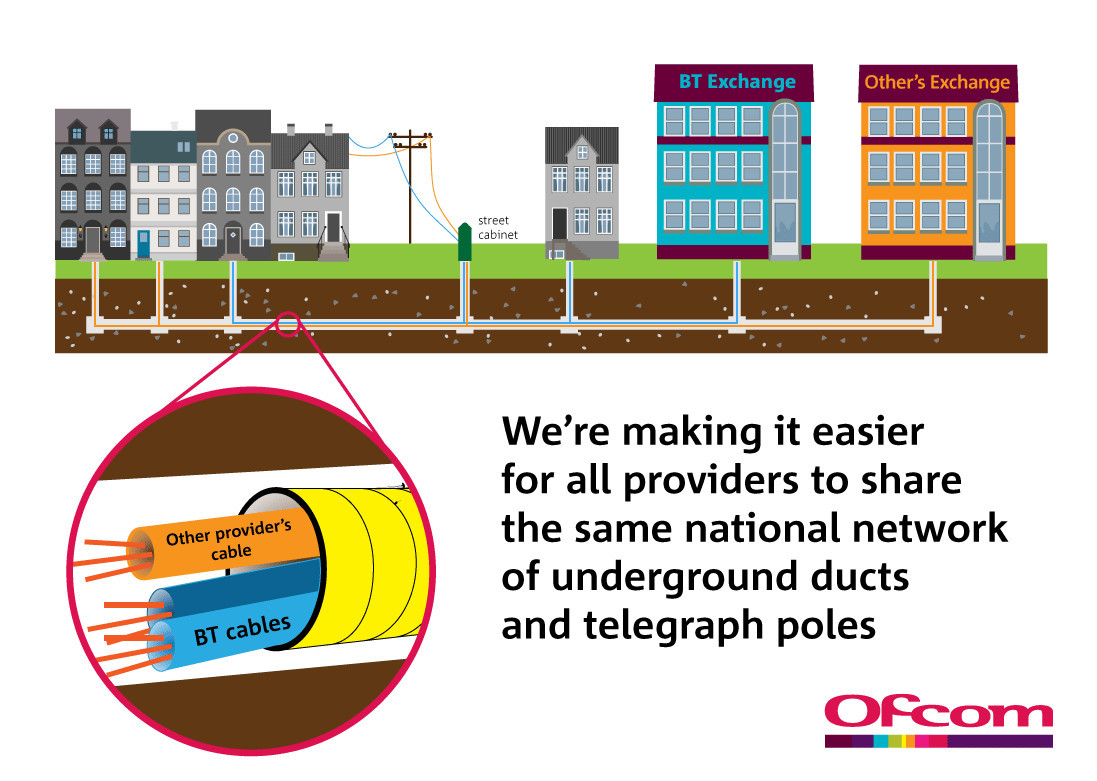 In a report released on February 25, 2016, British telecom regulator Ofcom has delivered a series of requirements for internet giant BT in order to improve Internet service across the UK, specifically with the OpenReach initiative. The report highlights that even though OpenReach was originally designed to provide a level playing field for competing internet service providers, it’s lack of independent governance from BT has led to it making decisions that favor BT over competitors.

Ofcom is using the report to announce a new strategy, overhauling OpenReach’s current governance model and introducing a strict new set of performance standards and automatic customer compensation models when those standards are not met by service providers. They will also be forcing BT to allow competitors easier access to the physical infrastructure that makes up the network, for increased rollout of cable, fiber and 4G wireless networks.

Ofcom is today announcing a new strategy to promote large-scale roll-out of new ultrafast broadband networks, based on cable and fibre lines, as an alternative to the partly copper-based technologies currently being planned by BT.

Supporting investment by rival providers will reduce the country’s reliance on Openreach, and increase competitive pressure on its network.

To help bring this about, Openreach will be required to open up its telegraph poles and ‘ducts’ - the small, underground tunnels that carry telecoms lines. Using these, rival providers will be able to build their own fibre networks, connected directly to homes and offices.

The report details fairly comprehensive plans to achieve those initiatives, and does not rule out the possibility of breaking OpenReach off into its own company to achieve independence from BT if the company does not meet its responsibilities. Even though the report seems to threaten BT into action, the company’s shares were up 2.6% in the 2 hours following the publication of the report, according to the BBC.