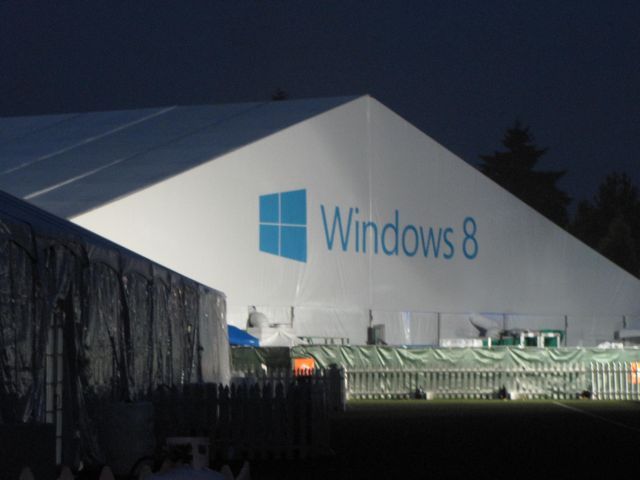 Microsoft decided to hold its BUILD 2012 developers conference inside its own world headquarters in Redmond, Washington this year. We have already reported that the company decided to build a massive outdoor tent for the event's keynote address.

We can also report that Redmond is getting hit with a lot of rain today as BUILD 2012 attendees come in to register and also have a quick meal and coffee in the breakfast tent, set up next to the keynote tent. Thankfully, Microsoft is also passing out free umbrellas to any BUILD attendee that wants one.

We will be inside the massive tent, hopefully staying dry, and will report on the keynote address for BUILD 2012 later today. At the moment, Microsoft has not revealed anything about what might be in store for us in terms of what will be discussed for the keynote. Hopefully we will get some sales updates for Surface and Windows 8.