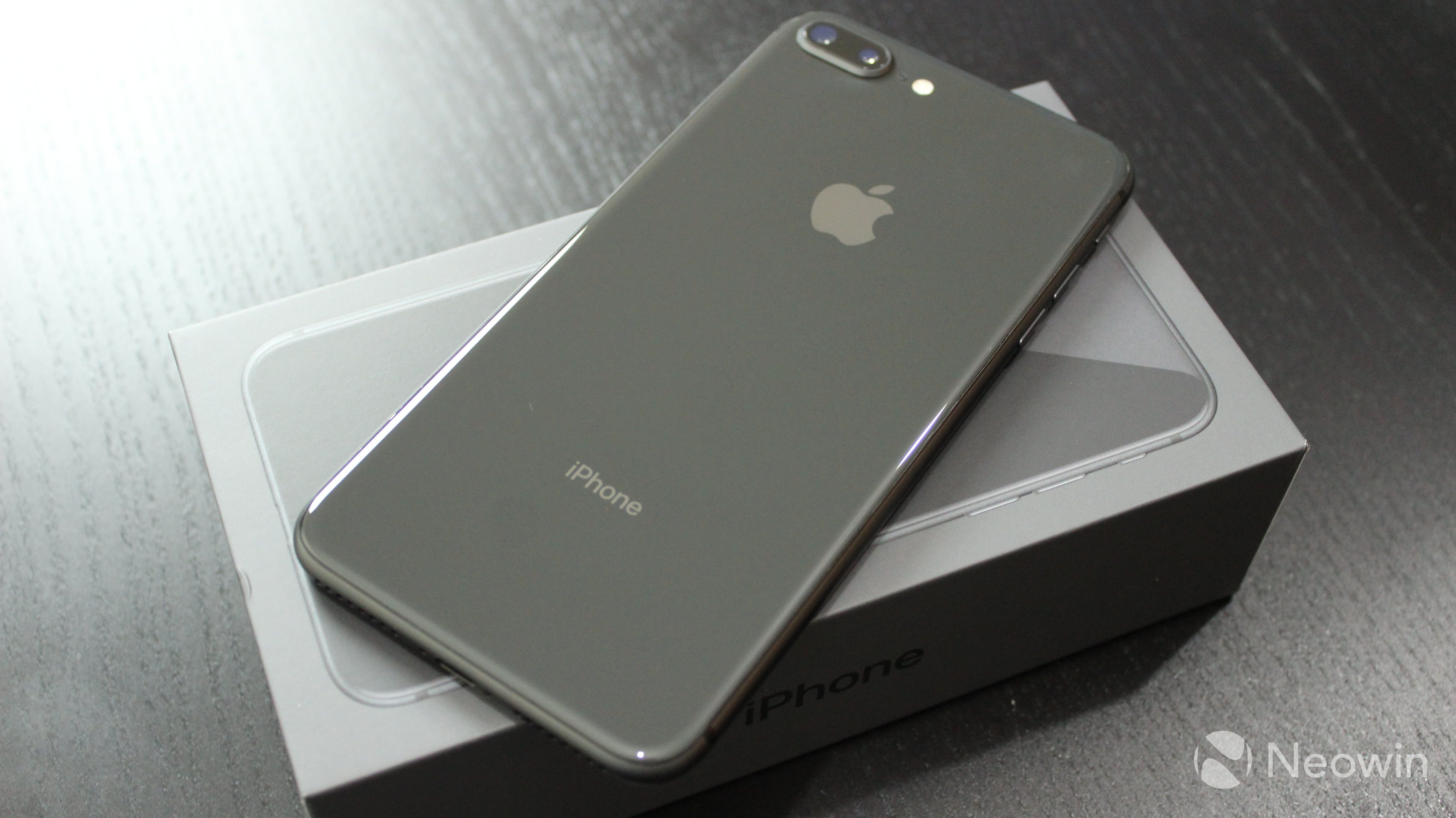 It makes sense for the iPhone 7 to become the best selling smartphone compared to its successor as there's a considerable price difference, and Apple was gearing up to launch the tenth-anniversary iPhone X. 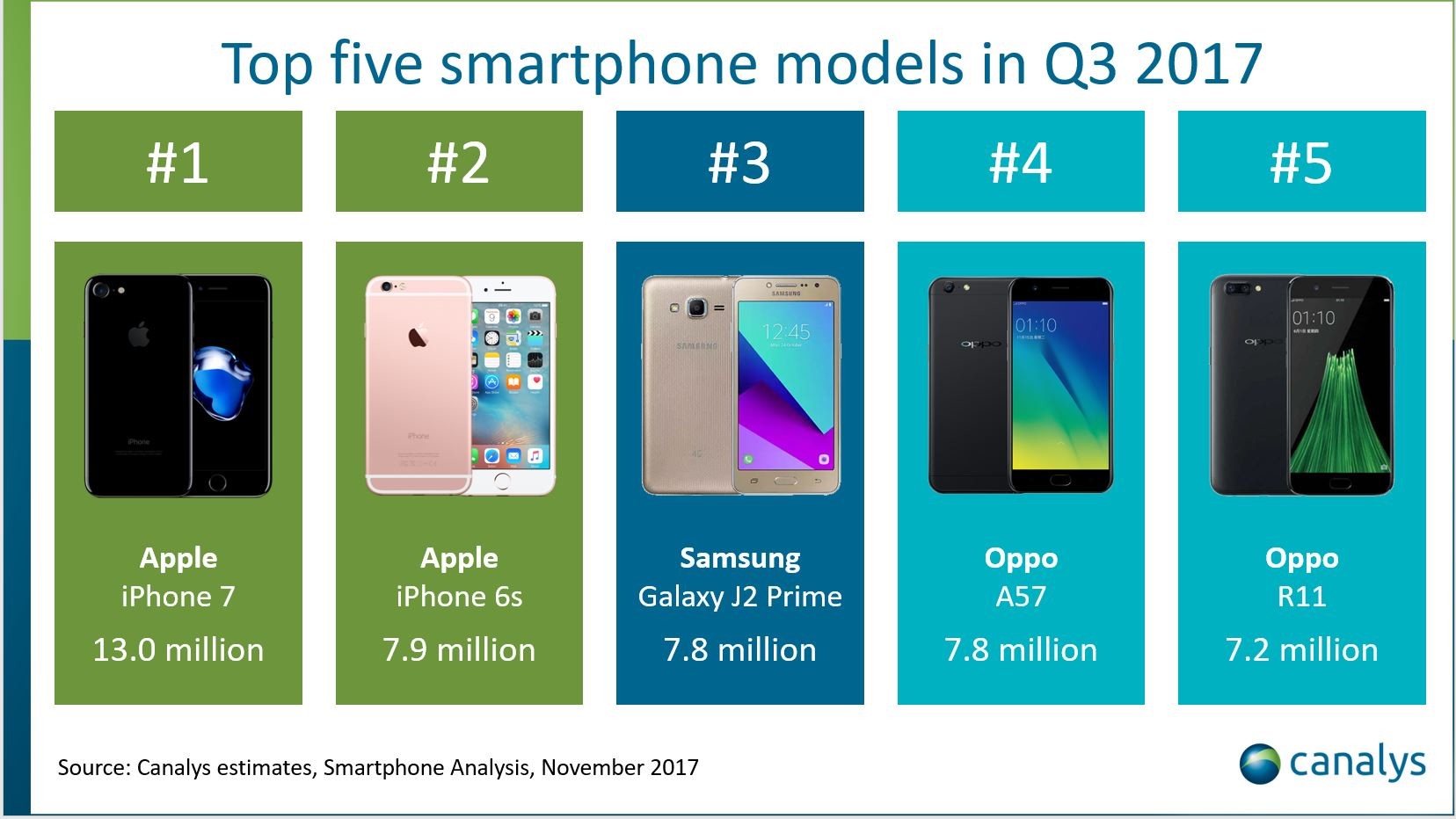 “The iPhone 7 also shipped strongly after its price cut in September. Apple grew in Q3, but it was these older, cheaper models that propped up total iPhone shipments. Apple is clearly making a portfolio play here. With the launch of the iPhone X, it now has five tiers of iPhone and delivers iOS at more price bands than ever before. This is a new strategy for Apple. It is aggressively defending its market share, but it will not compromise its rigid margin structure to do so.”

Samsung continued to lead the charts with 82.8 million smartphones, an increase of 8.2 percent compared to the same quarter last year. The company's J-series was quite popular especially in India and the Middle East. As for its flagship Galaxy Note8, the company managed to sell 4.4 million units in the third quarter. The second and third spot is captured by Apple and Huawei with 46.7 and 39.1 million units, respectively. 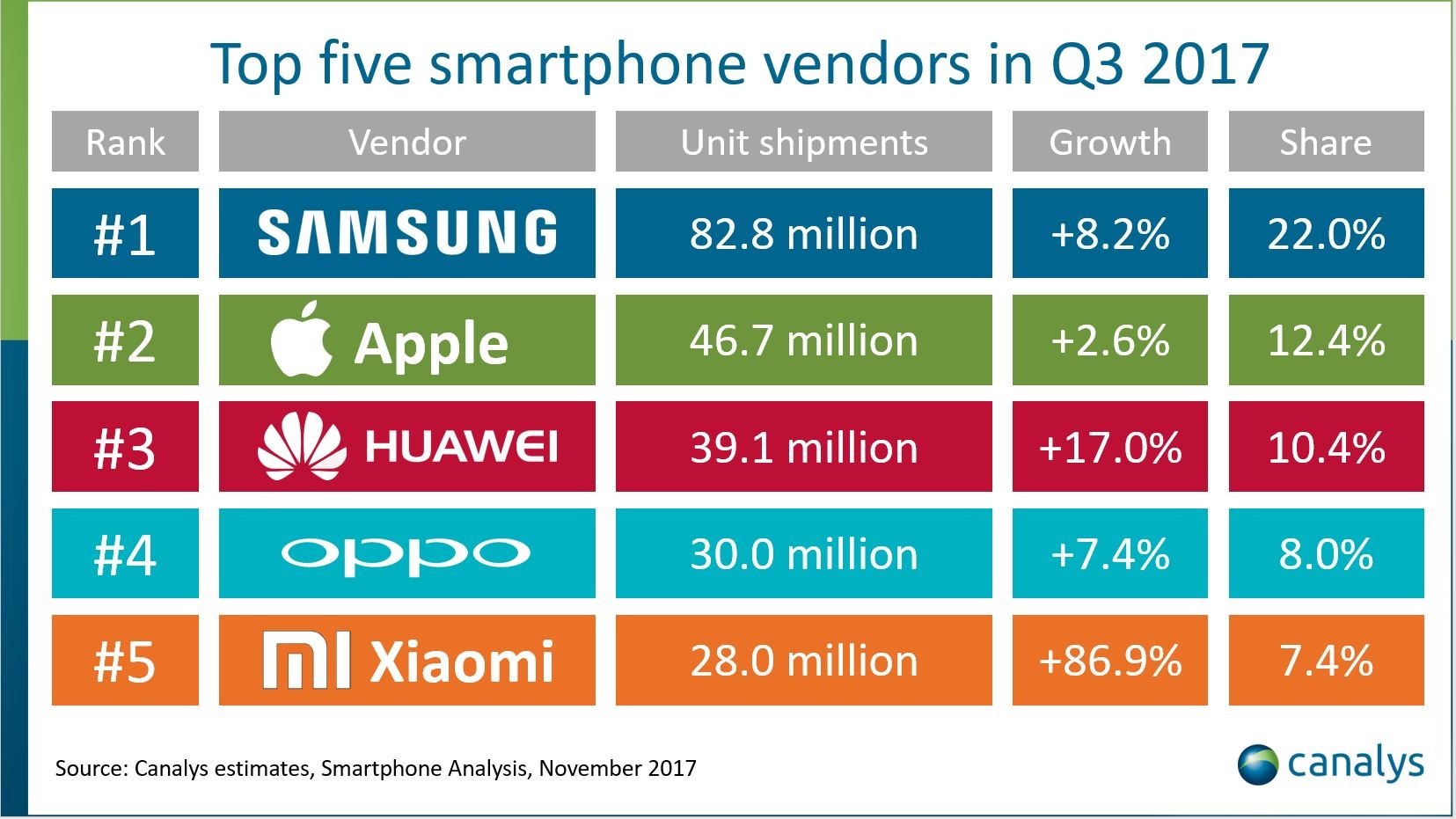 The most interesting entry in the top five is Xiaomi, which managed to ship 28 million units in the third quarter, an increase of a whopping 86.9 percent. The company is growing at a fast rate and is expected to surpass Oppo in the coming months if it continues to grow like this.